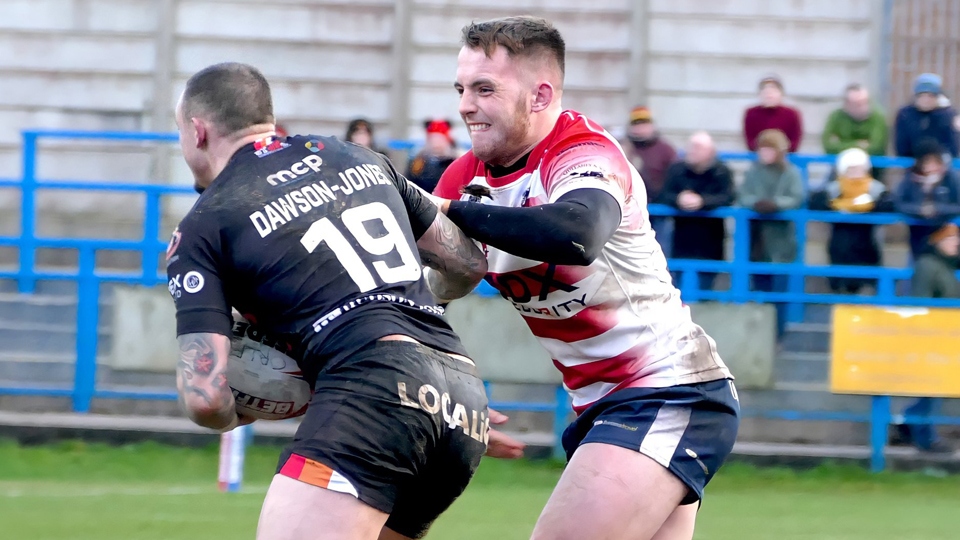 Having lost Cam Leeming through early retirement, and with another experienced centre, Ben Heaton, struggling with an ankle injury, Oldham RL Club have swooped to sign highly-rated young centre Jack Croft from Wakefield Trinity on loan.

He's only 20, but he's already made eight Super League appearances as well as two Challenge Cup appearances in a quarter-final tie against St Helens in 2019 and a sixth-round clash with Catalans Dragons in 2020.

The Saints cup-tie was his Trinity debut. He was 18.

He's signed on loan for Matt Diskin's men until the end of the season but the Super League outfit have a recall clause in the agreement and can re-claim him if they wish.

He's no stranger to Oldham or to head coach Diskin because early last year he played two games on dual-reg with Roughyeds -- a win at Whitehaven and a home defeat by Bradford Bulls -- before the 2020 season was curtailed because of Covid.

Said Roughyeds chairman Chris Hamilton: "We know Jack well -- and he knows all about us. We asked about him earlier in the year, but at that time Wakefield didn't want to let him out.

"Now, they want him to get game-time. Jack's keen to come so it suits all three parties."

Croft, who has already trained with Oldham for the first time, will be in contention for Saturday's Championship game against Halifax Panthers at Bower Fold (12.45pm kick-off).

Added Hamilton: "Trinity think very highly of the lad, and we are delighted to get him."

That view was endorsed by coach Matt Diskin, who said: "We have been communicating with Wakefield for several weeks. He's a quality young player; a big, fine lad who has a big future ahead of him.

"Because he's been with us before he knows our structures and our way of doing things and that's a big plus, too.

"I'm sure he's got a big future ahead of him in Super League, but what he needs right now is game time and we can provide him with that."

Croft said: "I'm really looking forward to getting some game time and playing again alongside the Oldham boys, many of whom I know from last time I was there.

"I see my role as trying to help Roughyeds to get some more league points, hopefully starting with Halifax on Saturday.

"I was very happy at Oldham last time I was there, but I had the benefit of having their great fans behind me then and this time we'll be playing without fans, at least to start with, and that will seem very strange and different."

A product of community club Keighley Albion, Croft signed academy forms at Wakefield in 2017 and went on to sign a first-team contract in September, 2018.

Fans can watch the Halifax game on Our League (Saturday, 12.45pm kick-off). Its free for season-ticket holders and only £4.95 for others if purchased before midnight on Friday.