You are Here: Home » News » Roughyeds » Charnock has been playing through the pain barrier

Charnock has been playing through the pain barrier 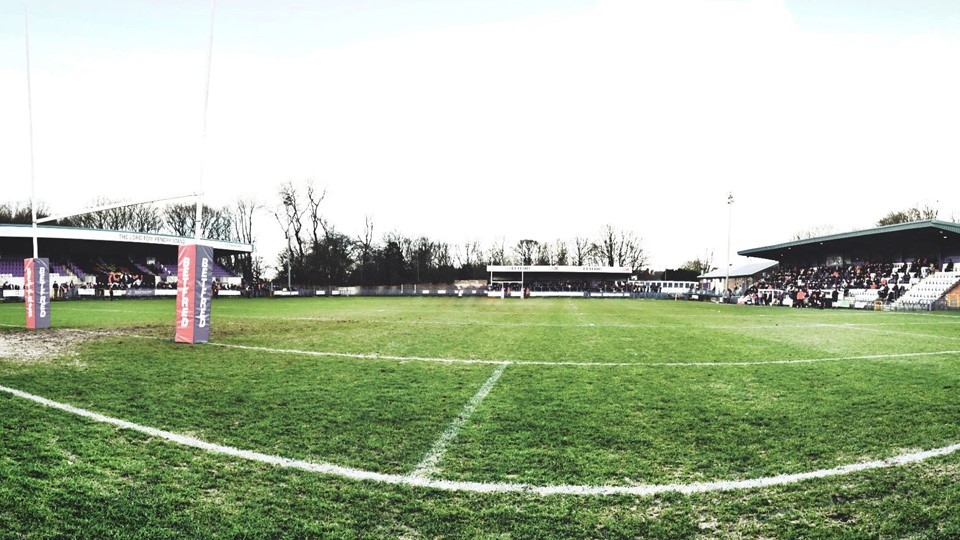 The former St Helens, Bradford Bulls and Barrow Raiders half-back is normally one of the first to go on the team sheet, but he has taken a few painful knocks in the past few weeks and it was felt he would benefit from a break.

Whether he plays at York City Knights on Sunday (3pm kick-off) is questionable, but the club's coaching and medical staff want to give him every chance to make a full and complete recovery before subjecting him to more pain.

He was originally hurt against Swinton Lions on the opening day of the Betfred Championship season on April 2.

Roughyeds won 28-20 to get their league campaign off to a flying start, but it wasn't a good day for Charnock, who took a heavy tackle in the first few minutes and took no further part.

He copped a "stinger," which affected his neck and arm, and he hasn't been 100 per cent since.

A 15-day break between the Swinton game and the next match at Batley Bulldogs helped, but at various times in games against Batley, London Broncos, Halifax and Whitehaven, fans have seen Charnock coming out of a tackle holding an arm.

"He's a brave lad who will always put up his hand to play if he thinks he's helping the club, but we need to get him properly right. He's still having trouble with his neck, arising from that 'stinger' six or seven weeks ago," said club chairman Chris Hamilton.

He also confirmed that Liam Kirk is still completing mandatory protocols after concussion; that Danny Bridge is still under treatment for knee trouble; that Ben Heaton suffered a quad injury in the pre-match warm-up at the Millenium Stadium; and that Jack Spencer and David Hewitt picked up knocks during the heavy defeat.

Sunday's game at York City Knights (3pm kick-off) will be played at the new LNER Community Stadium in the Huntington district of York and it will be a pilot game for the City Knights in that it will be the first game there where fans have been allowed in.

Owned by the City of York Council and shared by York City FC and the City Knights, the stadium has a capacity of 8,500.

For purposes of Sunday's game, 1,000 home fans will be allowed in, but no away fans.

Meanwhile, the organisation behind the Rugby League World Cup that will light up the UK this autumn, RLWC2021, says the big event is capturing the imagination of sports fans throughout the country.

Sales data shows that, so far, 30 per cent of tickets across all three tournaments - men's, women's, wheelchair - have been snapped up by non-core rugby league fans with areas such as London among the highest ticket-producing geographical areas.

A spokesperson said: "The buy-in from fans from non-core rugby league areas is bigger than ever."

On Tuesday, June 1, RLWC2021 will enter into a three-week off-sale period.

The organisers are working hard to ensure that this particular World Cup will leave a lasting legacy for Rugby League - one of the major sports in many parts of the world, like the UK, Australia, New Zealand, Papua New Guinea and the Islands of the South Pacific Rim.

It is also growing and being developed in many other parts of the world, as indicated by the inclusion of 16 countries in the forthcoming World Cup men's tournament, forming four groups of four.

The top two at the conclusion of each group competition go into the quarter-finals.

It all kicks off with the opening ceremony, followed by England v Samoa, at St James's Park, Newcastle on Saturday, October 23, 2021 with the final at Old Trafford on Saturday, November 27.

England's other group games are against France at the University of Bolton Stadium on Saturday, October 30 (5pm) and against Greece at Bramall Lane, Sheffield on Saturday, November 6 (2.30pm).