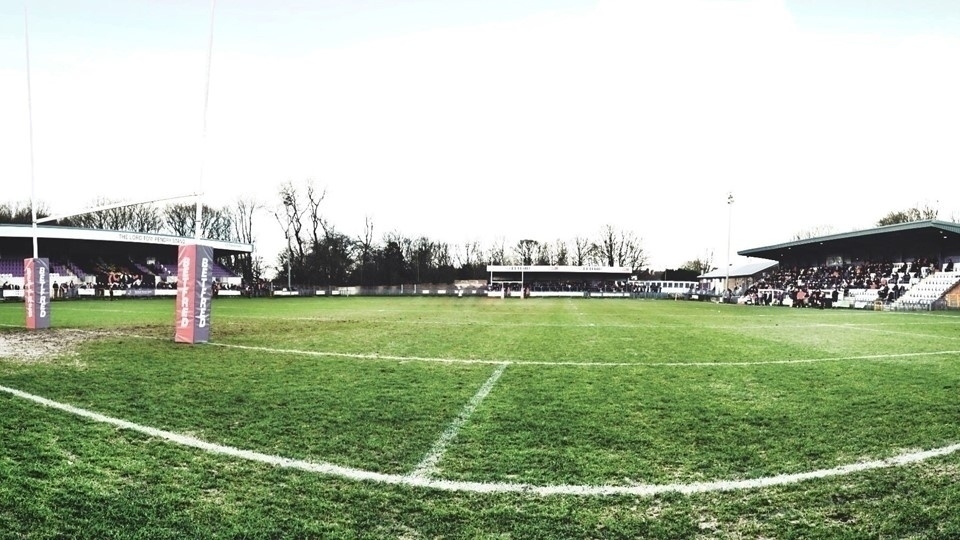 Torn apart by injury - and facing the prospect of losing on-loan prop Fenton Rogers on a disciplinary issue - Roughyeds have signed a young half-back from Featherstone Rovers on loan.

He arrives to help out at a time when we are down to the bare bones.

The team that lost 25-18 against Sheffield Eagles last week was weakened by injury - and now two from that line-up are sidelined and a third is doubtful.

Half-back James Barran will be out for four to six weeks with a knee injury, which more or less means his season is over,.

As well as his disciplinary charge, Rogers himself has concussion which rules him out this weekend.

And another new recruit who made his debut against Sheffield, hooker Brad Jinks, is doubtful with a shoulder injury.

Props Jack Spencer (back) and Liam Kirk (concussion) are also on the casualty list, while Declan Gregory will face a late fitness test after being out for several weeks with a damaged ankle.

All these are on top of long-term injury victims Matty Wilkinson and Ben Heaton and the premature retirements, before the season started, of forward Ed Smith and centre Cam Leeming.

Phil Joy has played only three games all year because of a series of knocks.

And even players brought in on loan have been equally unlucky.

Jack Croft, a centre from Wakefield Trinity, managed only two games before he was seriously hurt; Tom Nisbet, a full-back from St Helens, got himself sent off in his one and only appearance; and Fenton Rogers suffered concussion in his first game last Sunday.

Rogers, only 18 and the son of a former Oldham forward, was sin-binned against Sheffield and has since been charged with a grade D 'dangerous contact' offence.

He is alleged to have made a late challenge in the 47th minute, his case having been referred to a disciplinary tribunal.

The game was held up for nearly ten minutes before Sheffield prop Tyler Dickinson was carried off on a stretcher.

Rogers will also have to undergo RFL protocols for players with head injuries, but Roughyeds hope Irish international forward Danny Bridge will be ready to return to the side after missing the Sheffield game due to illness.

Under-16s go FREE to Sunday's game, while adults can go for £10 if they are part of a community club group or £12 if they buy tickets online before midnight tonight (Saturday).