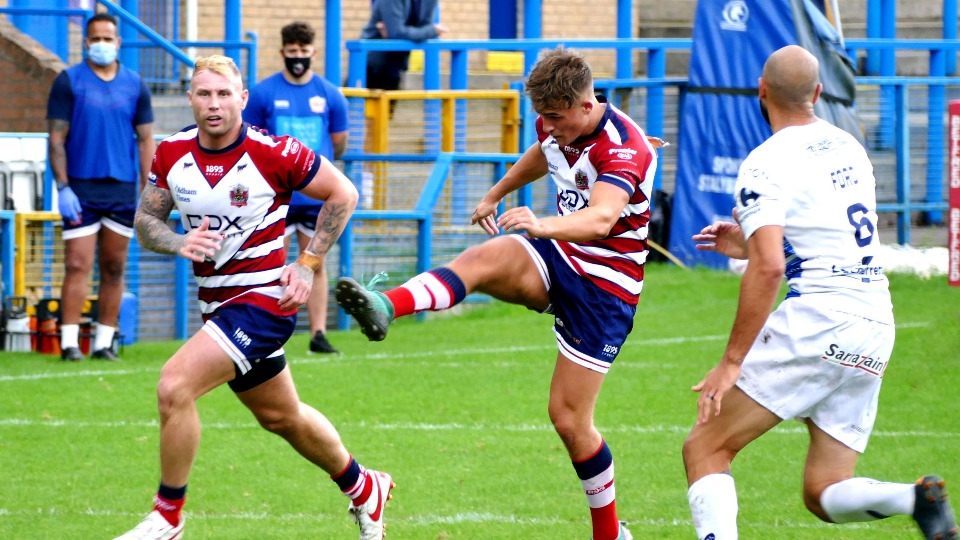 The initial two-week agreement has now run out

The 20-year-old half-back has played two games for Roughyeds against the top two teams in the Championship -- Toulouse Olympique and his parent club Featherstone Rovers -- but the initial two-week agreement has now run out.

"We've spoken to Rovers about Harvey and we are hoping to keep him for a bit longer," said Roughyeds chairman Chris Hamilton.

Four Oldham players picked up knocks in Sunday's 48-10 home defeat by second-placed Featherstone and they will be assessed at training before the 21-man squad to go to Widnes is named later in the week.

Hospital x-rays and checks have shown there is no fracture in the hand, which is still badly swollen.

Dupree, who was assisted off the field near the end, is currently undergoing RFL head-injury protocols.

Widnes had only 16 fit players for last Sunday's trip to Whitehaven where they were hammed 64-6. They have since signed on loan Salford teenage hooker Connor Aspey.

Coach Simon Finnigan said he was "disappointed and frustrated" by his side's performance.

Oldham haven't beaten the Vikings since 2009 when they won 22-20 away from home in round two of the Northern Rail Cup.