You are Here: Home » News » Roughyeds » No 2 Sheridan ready for 'new challenges'

No 2 Sheridan ready for 'new challenges' 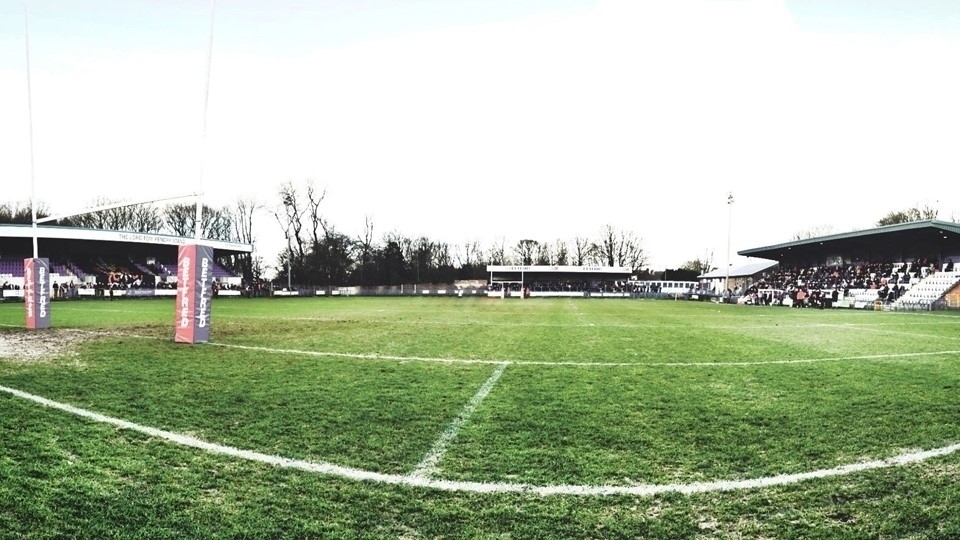 'Shez' is gearing up for his third season at Roughyeds

Assistant boss Brendan Sheridan, a key man in Oldham Rugby League Club's coaching and game-day preparation, says he is delighted to sign a new one-year contract and is eagerly looking forward to meeting head-on the changes and new challenges that lie ahead in Betfred League One next season.

The biggest change of all will be the arrival of Ireland coach and former Swinton Lions team boss Stuart Littler as head coach.

But there are others too. A few players have left and three senior players have retired so its reasonable for supporters to assume that replacements will be coming in, to say nothing of the uncertainties surrounding central funding.

No matter what, 'Shez' is gearing up for his third season at Roughyeds in the knowledge that he will be working side by side with his third immediate boss and one who is captivated by and excited at the prospect of taking on a job which he describes as a "blank canvas".

Says 'Shez': "I've got another year on a new contract, but in reality the job isn't just about 2022.

"It's a longer-term job than that and I'm right behind the vision that Chris and Stuart have for the club, moving forward.

"We'll be re-branding the club, running it the Oldham way and if we can play an attractive brand of rugby as well we'll hopefully get people through the gate.

"There's a lot more to it than ability - it's about their character, their willingness to work, their determination, their hunger to do well, their ability to be comfortable within the group.

"We'll be out to create and promote an environment the players want to buy into.

"There will be lots of changes, as I say, but my coaching and match preparation won't change."

Chairman Chris Hamilton said he was delighted to keep hold of 'Shez' and felt greatly encouraged for the future after the initial meeting he had with Littler and with Sheridan.

He added: "Shez very quickly became an important part of the club when he first joined us.

"He bought into what we are trying to do and his enthusiasm for the job and the club is infectious.

"Everyone who knows him knows how enthusiastic he is - that's one of his main qualities.

"He took on a lot of extra responsibility last year and coped with it admirably.

"On top of that all the lads like him and he's generally well-liked by the fans and around the club.

"As far as his progression as a coach is concerned, I'm also convinced he will be the first to agree that he has learned a lot in his time at Oldham.

"In coaching terms, we are his first professional club and what newcomer wouldn't learn while working side by side with the calibre of men like Matt Diskin, Brian McDermott and now Stuart Littler?"

McDermott, Sheridan and the players will be at the Roughyeds' 2021 Awards Night at the Oldham Event Centre at Boundary Park on Saturday, October 23, tickets for which (£15 including potato-pie supper) are now on sale via the Roughyeds' website.

You can also vote for the Supporters' Player-of-the-Year award on the same website links.