24-all draw in taste of what's to come 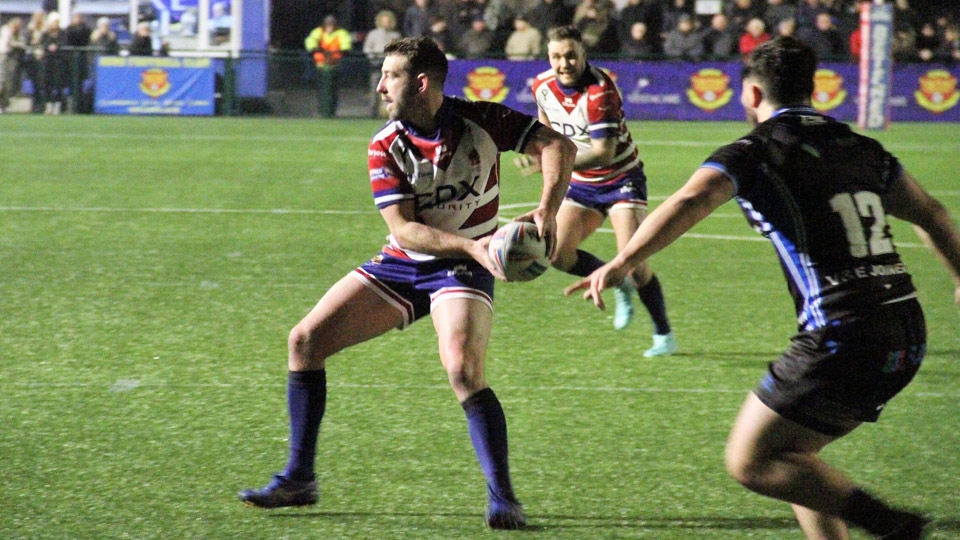 Martyn Ridyard’s hurried drop-goal attempt from half way in the dying seconds passed narrowly wide to leave the score locked up at 24-24 when new-look Roughyeds opened their 2022 season with a creditable draw in a friendly with a young but very talented Wakefield Trinity side at the Vestacare Stadium this evening.

A sizeable crowd braved the cold January night before leaving for home in upbeat mood after watching their revamped Oldham produce a pleasing performance in a game that was a great advertisement for next Sunday night’s Betfred Challenge Cup tie against the amateurs of Lock Lane, Castleford, also at the Vestacare Stadium and also kicking-off at 6pm.

Considering that 15 of the 20 players in Oldham shirts were new to the club this year, this was a very workmanlike performance which augurs well for the future.

Credit to Wakefield too. Watched by head coach Willie Poching and Francis Cummins, they fielded a side that contained no fewer than SEVEN members of their full-time squad, including the experienced former Hull KR centre Thomas Minns as well as loose-forward Brad Walker. the former Widnes Vikings player who has a fair degree of first-team experience at Belle Vue.

They played a nice brand of rugby, brought out the best in Oldham’s covering defence and looked technically far more skilled and clued up than one would expect for players of their young standing and stature.

Minns and Walker were older heads and they also played trialist wing John Devetanivalu, a Fijian who is in the British Army. He scored two tries and looked the part.

Minns scored twice, but goalkicker Walker couldn’t compete with Ridyard’s four from four (two of them off the touchline) and Oldham led until one minute from time when Kyle Marsh had a lot to do to score and bring the scores level.

To defend against a young team playing to that level of ability required Oldham to work hard from start to finish. They didn’t disappoint. And one tackle by Welsh centre Calvin Wellington almost rocked Vestacare to its foundations.

But it wasn’t all about defending. A clearly pacy and talented Owen Restall, at full-back, scored twice in the first 16 minutes and there were more tries by Joe Hartley and Wellington out wide on the left in the final quarter as Roughyeds fought back from 20-12 down to lead 24-20 with only 11 minutes left.

Three of Oldham’s four tries were absolute beauties - the second by Restall and the two late ones by Hartley and Wellington, both of whom finished on the overlap after a lot of good work on the inside.

The scene is now set for next Sunday’s second-round Betfred Challenge Cup tie against Lock Lane, also at the Vestacare Stadium and there is absolutely no doubt at all that Stuart Littler’s men will be all the better for getting their first game together out of the way.