You are Here: Home » News » Roughyeds » Oldham ready to 'pull together' for start of season

Oldham ready to 'pull together' for start of season 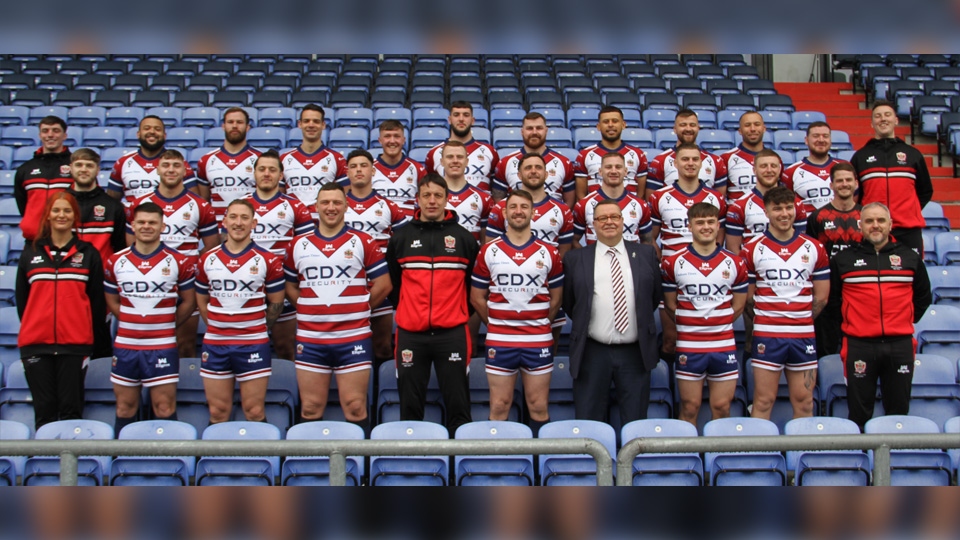 Oldham Rugby League Club - All geared-up and ready to go

Stu Littler and his squad are eagerly looking forward to playing competitive rugby again in the opening Betfred League One game against Keighley Cougars at the Vestacare Stadium on Sunday, March 27 (3pm kick-off).

It will be Mothers' Day and the start of British Summer Time all rolled into one, but as far as the club is concerned it will be the day of adventure with a new squad, a new coach, a new vice-chairman in John Roddy and a new supporters group, YEDS.

Said Stuart: "It's been one of the longest pre-seasons I've ever known, but all credit to the boys. They've worked hard, reacted well and they keep responding every time we challenge them.

"We'll have peaks and troughs, but it's all about pulling together and showing what we are as a club."

The build-up to the big kick-off began in earnest with the 34-26 win in a pre-season friendly at Cougar Park when six tries by Brad Jinks, Owen Restall, Tommy Brierley (2), Liam Copland and Martyn Ridyard, plus five Ridyard goals, saw Roughyeds through.

Since then, they've loaned out full-back Quentin Laulu-Togagae (QLT) to Sheffield Eagles, but they have a talented and ready-made full-back in Lewis Young, a hot property from Newcastle Thunder.

At this stage, with more than a week to go to the big kick-off fanfares, it's impossible to say how either side will line-up at the Vestacare Stadium, but a good guide to Keighley's selection was their starting line-up when they were beaten 42-22 at home by Swinton Lions in another warm-up game last Sunday.

Stu Littler has been pleased with the way his players have responded to the Lock Lane cup loss - not only by winning in the warm-up game at Keighley, but also by their hard work and graft in training.

He added: "We got back on the horse pretty quickly and righted a few wrongs. That was important. The boys reacted to their defeat in the cup in the right way. We've had some real focus in the group; we've worked on some new structures; and we've been striving to put our best foot forward going into the league season."

The Cougars, in the charge of coach Rhys Lovegrove and new Head of Rugby Andrew Henderson (former coach of London Broncos and No 2 at Warrington Wolves), will come with all guns blazing and a determination to make amends for their 'friendly' defeat in the game that really matters.