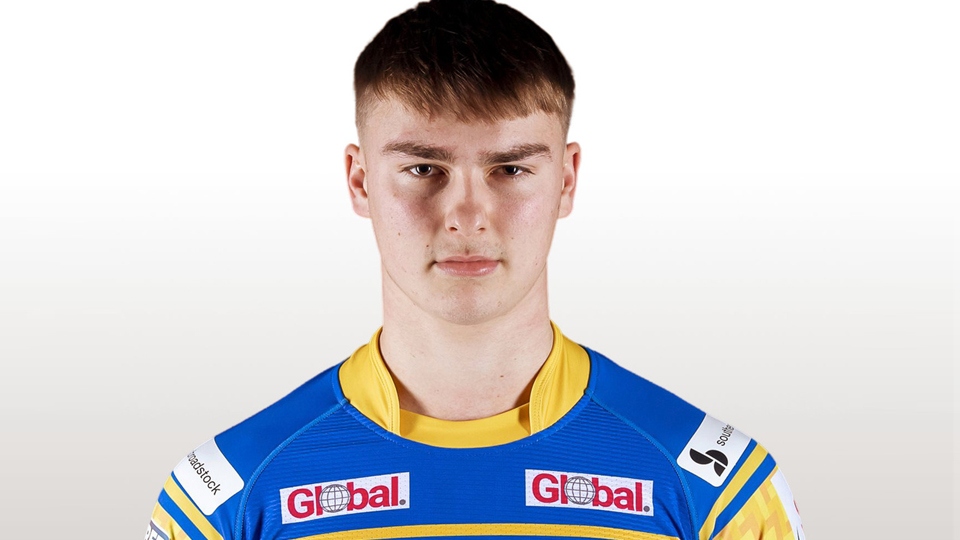 With James Thornton currently ruled out of action while he complies with head-injury protocols, Oldham Rugby League Club has moved quickly to sign Oliver (Oli) Field from Leeds Rhinos, initially on a two-week loan.

Soon to have his 20th birthday, the son of former Leeds and Wakefield Trinity forward Jamie Field has been signed principally as a back-three forward although he has the skills to play elsewhere, notably at stand-off.

He was picked up by Leeds scouts from Wetherby Bulldogs and was named captain of the Rhinos under-19s side for the 2021 season.

He was called up by England Youth that same year and was involved with the squad that beat Wales 38-16 in Llanelli.

Staring as a half-back for Chev Walker in the under-19s, he transitioned into the loose-forward berth and was named captain by his team mates.

Positive performances against London, Castleford and Newcastle, plus two tries against Thunder, showed Field's qualities and a loan spell at Batley will have supported his development.

His Dad is Oli's biggest inspiration and he seeks to emulate what Jamie did -- and more.

So speaks the Rhinos website of Field jnr, who trained with Roughyeds last night (Thursday) and is thrust straight into contention for Sunday's home game with Doncaster, which kicks off at 3pm.

Also available, after clearing a two-match ban, is on-loan half-back Robbie Butterworth, who looked good before he was banned.

He described the Leeds youngster as an "exciting talent" and added: "He's played for England Youth and captained Rhinos under-19s. He'll freshen up the squad, add to it, and provide more competition for places."

As for the game itself, he said; "We're expecting Doncaster to give us a tough challenge.  After what happened against Rochdale -- and that's something we've got to move on from --- we've been working this week on ways of quickly re-setting ourselves and starting again if and when things start to go against us.

"If things start to go the way of the opposition we need to have more resolve in re-establishing ourselves."