You are Here: Home » News » Hydro dream sparks into life 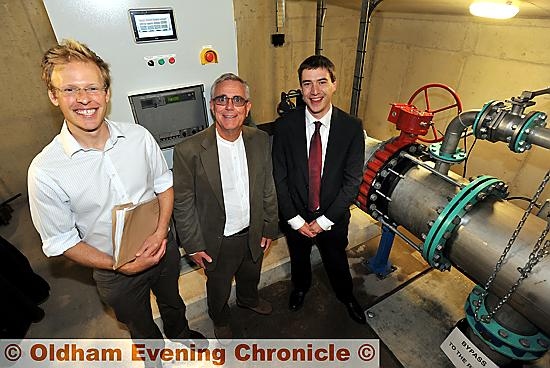 After five years of development, Dovestone Reservoir in Greenfield is now home to a turbine capable of generating 43KW of electricity - enough to power about 75 homes.

The hydro was officially opened by chief executive of The Centre for Alternative Technology at Wales, Adrian Ramsay, who said he was thrilled about the renewable capability of the development and the community spirit that brought it to fruition.

“Saddleworth has led the way in promoting a clean, reliable supply of energy and it is extremely inspiring,” he said. “Local people asked what they could do to respond to climate change and this is a 21st century answer. It’s the kind of community project we would like to see happening up and down the country.”

Interest in generating renewable energy by harnessing water power in the local area began in 2008. Since then, Saddleworth Community Hydro Ltd, an industrial and provident society made up of local and national members passionate about the environment, has worked to get the programme off the ground.

Funds for the plant were raised through a significant grant from the Department of Environment and through a private share offer. The modest income from the National Grid will offer a small but continuing return to mainly local shareholders.

Chairman of Saddleworth Community Hydro, Bill Edwards, said: “The project demonstrates that a group of local people can actually do something to slow down climate change,” he said. “We are not powerless or helpless.”