You are Here: Home » News » 'National decision is real blow for Oldham' 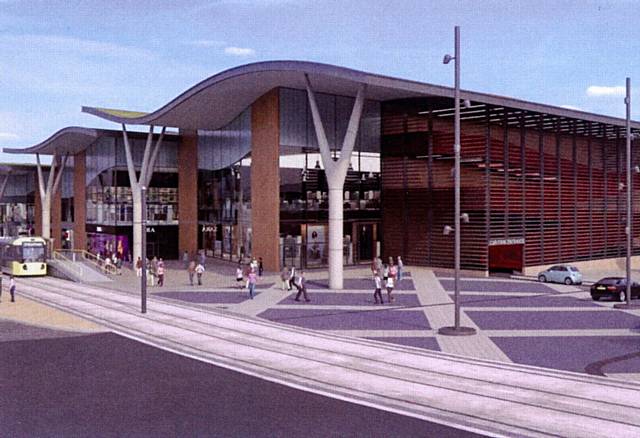 THE proposed development at Mumps

AS Oldham digested the news that M&S had pulled out of the deal to take up residence at Prince's Gate, the politicans had their say.

"The council has worked hard to attract M&S and it is cruel that the scheme has been hit by the retailers national performance.

"Our ambition for Oldham is a strong as ever and I'll do all I can to support the council in attracting new users and investors."

Debbie Abrahams, MP for Oldham East and Saddleworth, said: "This news is obviously disappointing and reflects the difficulties M&S are currently experiencing in a competitive market.

"It is encouraging that M&S have said that they've not shut the door on the possibility of coming to Oldham in the future.

"I will continue to support regeneration and encourage investment in Oldham in anyway I can."

Lib-Dem leader on Oldham Council, Councillor Howard Sykes, said: "Following on from the euphoria generated by the recent opening of our new town hall cinema complex this news is of course disappointing but it is also unsurprising given the recent poor financial results and store closures announced by Marks and Spencer.

"We must all hope that at some point in the future Marks and Spencer will be able to take up retail space in our town, but for now the Council's focus must be on securing a new prime tenant for the Prince's Gate site, and soon, if this is to remain a 'game changing' development for our borough.

"If this is not done quickly the Council will have just created an empty development site that will be an eyesore on one of the main gateways into Oldham's town centre."

Independent Councillor Warren Bates, a long-standing critic of the scheme and the administration that introduced it, said: "I'm not shocked about this. It was a mad scheme by Jim McMahon.

"I wrote to the Chronicle about the M&S closures that were announced recently. It was obvious they they wouldn't build an M&S in Oldham.

"I've had telephone calls about this latest news and I'll be asking about any incentives that might have been given to M&S by the council.

"We now need to plan for the future."

And former head of planning at Oldham Council, Dave Hibbert, who was de-selected at the last election, commented: "All of the advance work for a significant retail outlet at Mumps has been completed. We should now be looking for an alternative company. There will be others who will be considering taking advantage of the situation.

"Simultaneously, we should be demanding recompense for all of the officer and elected member time, cost and effort that OMBC contributed to this project in good will and in the confidence that M&S would honour their commitments."