You are Here: Home » News » Team survives the boot in racist rumpus 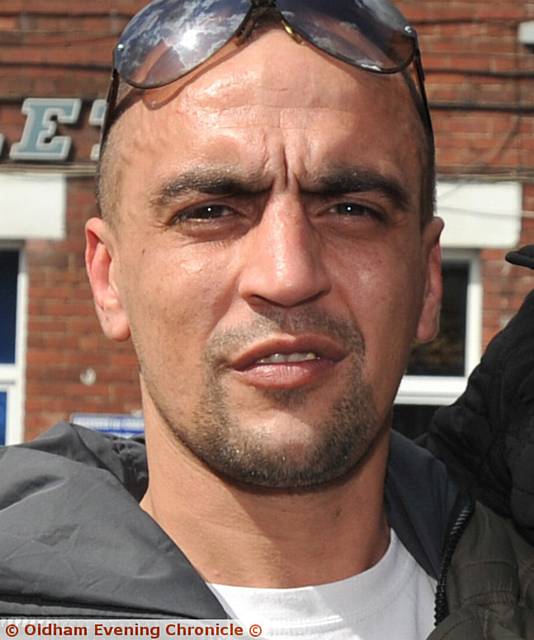 AN Oldham Sunday League club caught up in allegations of racist abuse and threatening behaviour has been told they can continue playing.

At a special meeting at Chadderton Football Club, the league's management committee called a ballot on the future participation of Fitton Hill.

Eighten votes were cast in the 22-club league - the league's management committee also had votes - and the result was 10 for Fitton Hill to remain and eight for the club to be expelled.

The accusations of racism will now be dealt with by the Manchester FA.

Oldham Sunday League had received numerous complaints about the club's conduct during matches with the alleged racial abuse occurring against Coppice United.

However, player manager Tony Marsden told the meeting that he felt abuse, in some instances, had come from the opposition and highlighted his team's improved conduct with one yellow card received in the last five games and eight in the last 12.

Mr Marsden felt the decision to hold a meeting was harsh and believes his team are being targeted for their high quality performances.

He said: "It feels like because our football team is one of the best that we get targeted, teams start kicking us when we are beating them and so the players get frustrated so they kick back.

"In my eyes I thought that the meeting was harsh because we have also received abuse. I didn't think we deserved the meeting but the Sunday League's hands were tied.

"I keep telling the players to keep calm. I have brought myself into play so that I can calm the players down, I get more authority on the pitch."

Tony added: "I don't want the players to miss out. When we found out the meeting was going to take place they were gutted.

"I would like to thank all the teams who voted for us to stay in for their support, not just for myself but for the players. I would have been gutted for the team because they have worked so hard and are so good."

Jack Bamford, league chairman was pleased they would not be losing a team after having taken the correct procedures to deal with the complaints and praised Mr Marsden's efforts to ensure calm on match days.

He said: "We wanted a vote of confidence and we got one. We have been in touch with the Manchester FA and did everything correctly.

"On the sidelines it can get a bit fractious and I think Fitton Hill are doing their best. Tony Marsden works very hard to keep everybody in check and he wears his heart on his sleeve."

He said: "It's hard enough to keep teams in the league these days with the price of everything. It is going to be hard for most leagues in the next few years and we do our best to keep it going.

"We don't want to lose teams. We are pleased that we are progressing with this and that is the main thing. I think it will make people be a bit more cautious with what they do and say and we wanted to get that over to them."

However, Yasser Farooq, Coppice United's manager, who walked out of the league meeting which followed the special meeting, criticised the decision and believes the league should have taken a tougher stance.

He said: "I'm very disappointed because when the chance comes to take some action, nothing is done.

"I walked out of the league meeting and I am now considering moving to the Rochdale Sunday League at the end of the season.

"I blame the league as much as I do Fitton Hill."

He went on to say: "I was disappointed that no-one from the league committee had the decency to take a minute to say we are totally against racism which is a serious offence and anyone found guilty of it will be thrown out of the league.

"It just seems like a minor inconvenience for them to be dealing with the matter."