You are Here: Home » News » Sport for social harmony 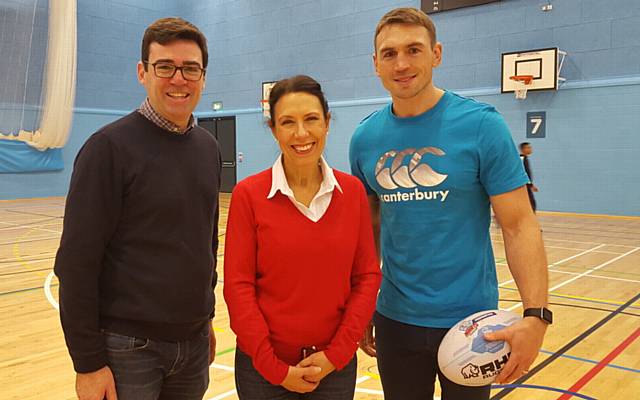 SPORTS for All . . . Andy Burnham, Debbie Abrahams and Kevin Sinfield

A NEW initiative is aiming to unite communities through sport.

Mrs Abrahams has partnered with the Rugby Football League who are working to widen participation in rugby league in the Oldham area.

She said: "I've launched my Sports for All campaign because sport can play a key role in building social cohesion in communities as well as developing resilience and teamwork skills in young people. I'm particularly looking at widening participation for young people in rugby league and cricket, both of which have great traditions in Oldham and Saddleworth, and we're targeting youngsters from all backgrounds and of all abilities."

Kevin Sinfield enjoyed his coaching session at the leisure centre, which involved youngsters and their families playing tag rugby. He said: "It's really important young people have the opportunity to enjoy sport and socialise with people from all communities in their area."