You are Here: Home » News » College 'a wholesale failure' over GCSEs

College 'a wholesale failure' over GCSEs 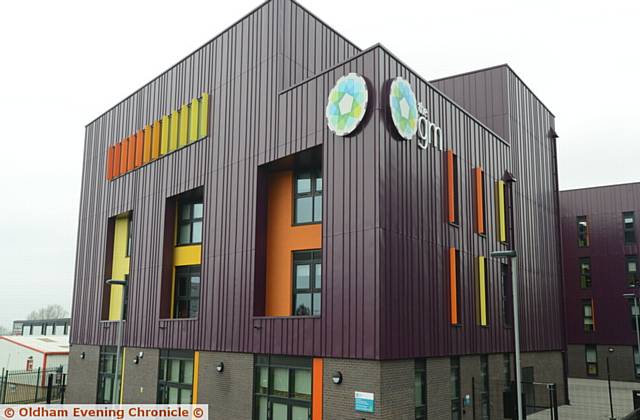 THE performance of Oldham's University Technical College has been branded a "wholesale failure" after it posted its first GCSE results.

As reported in the Chronicle, not a single pupil at The GM in Middleton Road got at least a C in both maths and English in last summer's exams - one of the government's headline performance measures.

The GM is a University Technical College, a new type of school for 14 to 18-year-olds which combine practical and technical learning.

It opened in a new £9 million building in Middleton Road, Oldham, in September, 2014 and specialises in sustainable engineering.

But Councillor Howard Sykes, leader of the Liberal Democrat opposition group on Oldham Council, described its performance as a "wholesale failure". And he said that it "flies in the face" of assurances by the council that the borough's exam results have improved since the publication of the Oldham Education and Skills Commission report a year ago.

The report set out how education in Oldham could be improved and Councillor Sykes said: "It beggars belief that everything has gone so wrong at The GM.

"Despite an investment of many millions of pounds in a new, purpose-built building and new teaching staff, not one of the 46 students that were in the initial cohort achieved a grade C in both English and maths. This means that they will all have to re-sit these key subjects and is a singular demonstration of its abject failure in getting the basics right.

"Our young people, as a very minimum, need to be able to read, write and do basic maths when they leave school. What we need now in Oldham is stability, not new gimmicks like the university technical college and free schools, models that have not only failed to produce results, but have failed our young people.

"Those who ultimately suffer are the students who have chosen to study there and who now must feel badly let down.

"I ask myself why the problems in performance were not spotted earlier and why no heads have so far rolled amongst the senior staff and the managers of the college."