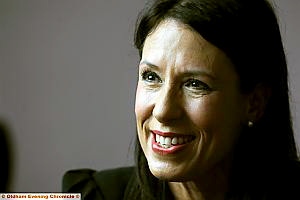 OLDHAM MP Debbie Abrahams has blasted a Government Minister for their "shoddy, lacklustre and inadequate" response to correspondence, asking what action can be taken to remove a disgraced parish councillor from their seat.

Mrs Abrahams, MP for Oldham East and Saddleworth, asked Local Government Minister Marcus Jones for information about standards for local councillors after Saddleworth Parish Councillor Mike Buckley refused to resign from his position when he was found guilty of downloading indecent images of naked boys on his computer, in December, 2015.

Labour MP Mrs Abrahams has blasted a government minister for the length of time taken to respond to two letters and an email asking for updates on what action has been taken to identify ways to oust Buckley from his seat.

She said: "At the meeting I convened between the parish councillors and Local Government Minister, Marcus Jones, in May last year, the minister stated his intention to consult on changes to standards for councillors.

"It's absolutely appalling that eight months on, following two letters and an email later, I have received a response that I can only describe as shoddy, lacklustre and inadequate coming from someone in his position."

In his response, which acknowledged a failure to respond to letters asking him about progress - sent to him in October and November last year and then a follow up email, in January 2017 - the minister said: "As you know this is something I'm very concerned about.

"The public rightly expects high standards from elected members and where that behaviour falls short of these expectations it erodes public trust in local democracy."

The minister's letter continues: "I'm giving this matter very careful consideration, considering not only how to address this particular issue but also how we might legislate for any changes once agreed."

"The situation with Mike Buckley is standing in the way of the smooth running of the parish council's business so I can't blame councillors and residents for expecting the Government to come up with a solution and for it to be implemented as soon as possible.

"It seems the minister does not take the situation seriously at all, despite his claim to be concerned both to our faces, when we met him, and in writing. At this rate of progress it's unlikely the law will be changed any time soon."