You are Here: Home » News » Life stories lying behind dementia 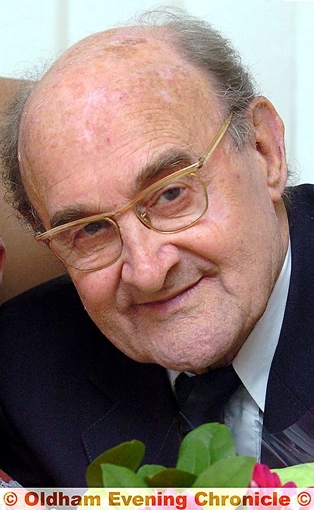 PIONEERING work around dementia in Oldham is featured in a new book that is being launched this week.

'Life Story Work with People with Dementia: Ordinary lives. Extraordinary People' is co-edited by Polly Kaiser and Ruth Eley and features examples of the good work that is done in the borough.

Polly Kaiser, a consultant clinical psychologist for Pennine Acute Hospitals NHS Trust, as well as the clinical lead for psychological therapies for older people, has been working in the dementia field for over 30 years.

Ruth Eley is a qualified social worker and former director of social services in Liverpool.

Polly helped set up the Oldham Dementia Ethnic Minority Group, of which she is the chair, in order to create more of a dialogue with local groups.

She believes stories can have a therapeutic value and help people connect with each other, which is even more important who those living with dementia.

The book makes references to the Oldham Life Story Group, which was started by Shaw man Ken Holt, a family carer who created a life story book for his wife as she moved into residential care in 2003.

The network helps to compact the lives of dementia patients into short stories and books which can be passed on to carers or younger family members, and has been recognised nationally.

The group completed a pilot scheme in 2005, which resulted in the distribution of 200 pocket books to carers, day-care centres, hospital wards, residential homes and Age Concern. Mr Holt won a Pride in Oldham award for this work in 2005.

The Life Story Network is now used across the country for vulnerable population groups.

Polly had the idea for the book in 2013 - but it was only in late 2016 that it was able to be completed and published.

She said: "Ken stepped inside his wife's shoes. He had a vision and so the Oldham group won various awards ­- it was highly recognised.

"The book has already been read by carers. One said it was really good and it helped her.

"An art director friend is writing a play, he said it was really accessible for him.

"It sets the scene for the importance of life story work and how it can be used in a community setting."

Also attending the launch will be Debbie Abrahams, MP for Oldham East and Saddleworth, who was the first MP to become a Dementia Champion.

One of her priorities has been to create a dementia-friendly Oldham.

Mrs Abrahams said: "I know from personal experience how important it is to preserve someone's life story when they have dementia.

"When I cared for my mum, Angela, I used photographs to help her remember the important people and events in her life. But it also became clear that everyone caring for her, especially the professional carers, needed to know who she was and what her life story was so they could relate to her as a person and not just a patient.

"What Polly and Ken have created is an incredibly important, and informative, book to help both busy professional carers, and family carers, record and preserve the life stories of the people they are looking after.

"I wish I'd had access to such a brilliant idea when mum needed it.

"I'm very proud of the work that has been developed in Oldham over the last few years by the many groups who are pooling their resources and ideas to keep us on track to becoming the most dementia-friendly town in the UK."

If you are a person with a memory problem or dementia, or if you have a relative or you work with people in this position, you can attend the launch at Gallery Oldham on Friday (17) from 5pm.

If you would like to know more about the Oldham group email Polly on polly.equallyminded@gmail.com.

For more details about the Life Story Network visit www.lifestorynetwork.org.uk/.