You are Here: Home » News » Gun not hint in Moors case says brother 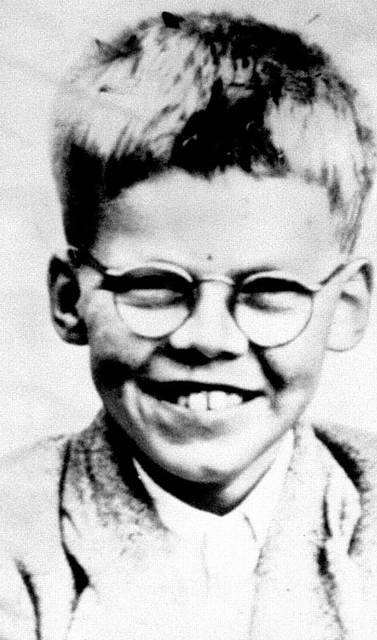 THE brother of a missing Moors Murders victim has broken his silence after a TV report highlighting the discovery of a shotgun.

Alan Bennett was responding to a Channel 5 item on an antique double-barrelled weapon found wrapped in a polythene sheet in the moor last year.

It was discovered under rocks by Erica Gregory, a paranormal researcher, but murderer Ian Brady, 79, hinted in a letter the weapon was his.

Brady and Myra Hindley confessed in the 1980s to killing Keith Bennett but his body was never found.

Greater Manchester Police carried out forensic tests on the shotgun, hoping to link it to criminal activity, with no success because of the time it had been in the ground.

Now, in response to the programme, Alan Bennett speaking on behalf of the Bennett family, said: "The whole thing only gave Gregory the publicity she craves and Brady the oxygen he needs to carry on with his lies.

"Gregory must have a couple of large size wheelie bins full of all the stuff she has found on the moor and she invents some way to connect it all, whatever it may be, to Brady and Hindley. During my own ongoing search of the moor we have found many things, but the difference is that we do not invent things to go with what ever the finds may be.

"If anything needs to be looked at further it is, and if not it is taken off the moor and disposed of.

"This takes place in an area of real interest and not in a place where there is nothing to indicate it could be of interest and would only be a waste of time, effort and resources.

"Those areas are left to the likes of Gregory and others with nothing better to do and to live out their own nauseating fantasies.

"We are also acutely aware of the countless lies Brady has told over the years and how he continues to do the same as long as people like E Gregory feed him with things to build those lies on."

"I honestly believe, in fact I would go as far as to say that I know, after 30 years of talking to them, that Brady's latest claims mean absolutely nothing in regard to any serious investigation of this case.

"That is why they will not conduct a search of that particular area and I would further say that I agree with them on that stand."

He added: "I spent many years corresponding with Brady. I also with corresponded with Hindley for an even longer amount of time and spoke to her personally on two prison visits.

"I also spoke to David Smith. Brady never lied about the amount of guns he had at any time, despite us both knowing he was inventing other things.

"Hindley never mentioned other weapons and neither did David Smith who was very open and frank about shooting with Brady on the moor and knowing he had two revolvers and a rifle.

"The simple fact has to be that other weapons were never mentioned because they never existed.

"I have to try and come to terms, once again, with the fact that journalists like a 'Sensational/exclusive' and people like E Gregory continue with their fantasies and inventions but it does not alter the fact that it all means absolutely nothing in the end. All it does is cause grief and hamper serious investigations.

He said: "I know how seriously Alan takes any genuine information which could lead to finding his brother Keith. However, it is distressing and not helpful for reports with little or no credibility to be circulated. The focus must be on factual information so police can be encouraged to search areas where there is a real prospect of finding the whereabouts of Keith's body."