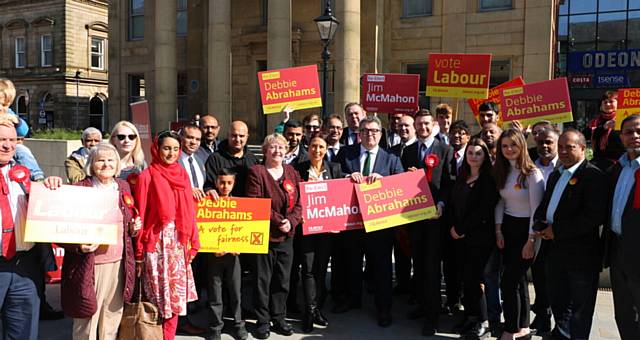 Mr McMahon, candidate for Oldham West and Royton, said: "Tom has fond memories of being in Oldham during my by-election campaign in 2015.

It was great to welcome him back here in the sunshine.

I am always proud to show people the progress that is being made in the town centre, and even prouder to introduce local residents."