You are Here: Home » News » Many dead in Arena explosion

Many dead in Arena explosion 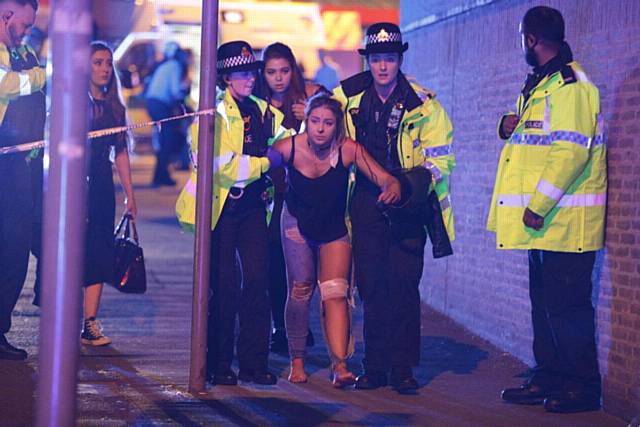 A massive explosion has killed a confirmed 22 people and injured 59 more following Monday's Ariana Grande concert at the Manchester Arena.

Thousands of fans ran screaming from the venue just after 10.30pm and dozens of armed police and ambulances rushed to the arena to control the panic and attend the injured.

The blast is being treated as a terrorist incident, the worst in the city's history.

At around 1.30pm police mounted a controlled explosion in nearby Cathedral Gardens, though later said the material found was old clothing and not suspicious.

All over the city, social media users offered places to stay to those stranded or desperate for news of friends following the concert.

Similar requests and pictures have been published by those looking for missing friends. At one point around 20 photographs of the missing were being circulated online.

Recently elected GM Mayor Andy Burnham said "My heart goes out to families who have lost loved ones; my admiration to our brave emergency services. A terrible night for our great city."

Oldham MP Debbie Abrahams added her own message: "My thoughts are with everyone affected by the incident at the arena. Stay safe, and thank you to the emergency services for their hard work at the scene."

Manchester's Holiday Inn found itself the shelter for over 60 children without guardians separated from their loved ones during the panic. Phone 07896711298 for information.

General election campaigning in the city has stopped for an unspecified period following the explosion.

If you were there or have information, contact news@oldham-chronicle.co.uk