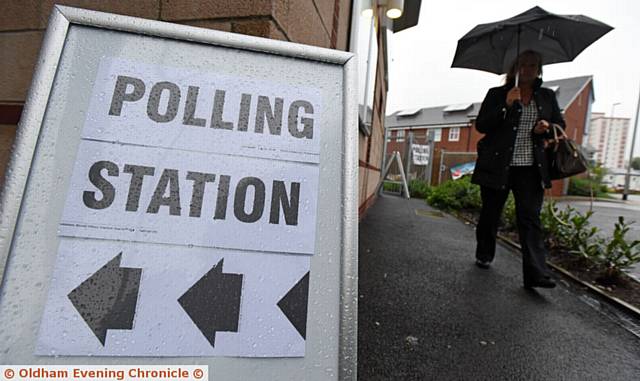 OLDHAM has been going to the polls to choose their local MPs in today's general election.

Polling stations opened across the borough at 7am and will remain open until 10pm.

Despite the rain, people were already turning out to vote at Crossley Centre in Chadderton within moments of the polling station opening.

In Oldham West and Royton, Jim McMahon is hoping to keep his place. He is being challenged by Christopher Glenny (Conservative), Garth Harkness (Lib Dem), Adam King (Green Party) and Ruth Keating (UKIP).

Voters in Royton North will also be able to vote in an Oldham Council by-election, triggered by the death of long-serving councillor Tony Larkin in March.