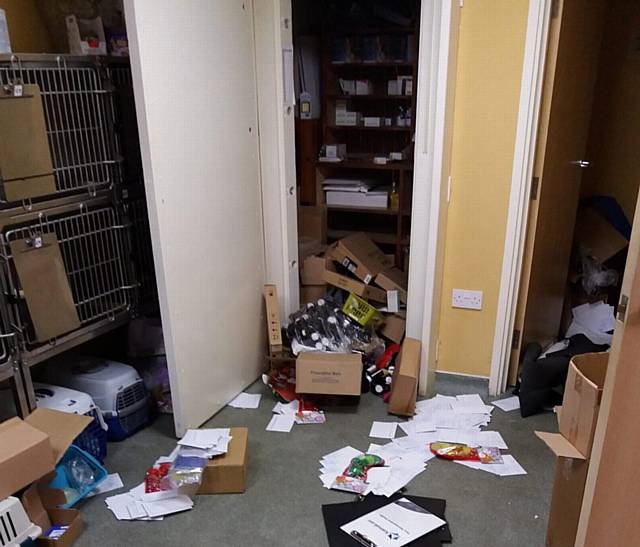 ANIMAL life-saving equipment and potentially dangerous drugs were among items stolen during a raid on a not-for-profit veterinary clinic in Failsworth.

The Animal Trust Veterinary Surgery based in Ashton Road East was forced to close temporarily after thieves ransacked their Failsworth surgery in the middle of the night.

The incident has caused distress to both animals and their owners alike as well as costing hundreds of pounds due to stolen apparatus and drugs used to treat the animals.

GMP Failsworth & Hollinwood said: "Offenders have ransacked the place, taken all the important equipment they use, and some dangerous drugs as well.

"Never mind the distress it's caused to the animals and their owners, it's now had to close for the day to try and get things sorted.

"The offenders have gone in around the back and they were definitely in the place at 4.10am on Sunday morning.

"Due to the amount and weight of the life-saving equipment that has been taken, we are asking whether anyone saw a car or van parked up on Ashton Road East or at the vets in the early hours on Sunday."

Pet owners have been contacted and had their appointments rescheduled.

A police spokesman said: "Our officers have carried out house-to-house inquiries in the area, but as yet we have no lines of inquiry."

Animal Trust said that it planned to be back up and running today.