You are Here: Home » News » Television repair shop switches off 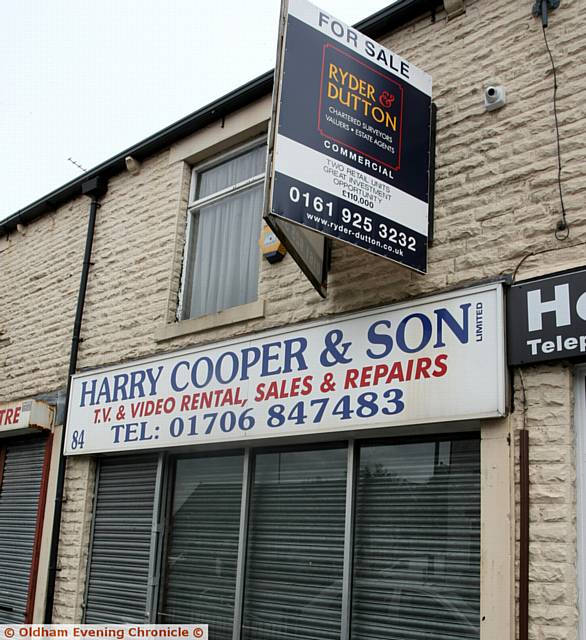 A FAMILY business in Shaw which has offered "excellent service, products and advice" on televisions and videos has closed down.

The company, which established in the days of black-and-white television, has officially closed down due to retirement, shutting up shop in Milnrow Road.

In 2005, the service was nominated for a Pride in Oldham award by then local customer Ken Thurston who hailed the business for keeping up with the times.

But the company's website now reads: "Due to retirement, Harry Cooper & Son Ltd of 82-84 Milnrow Road, Shaw, has now closed.

"Started in 1958, we have offered excellent service, products and advice.

"We have dealt with many fantastic customers over these many years but now the time has come to call it a day and leave the trade completely."

The business was run by managing director Gerald Cooper, while his wife Joyce was the secretary, and sons John and Andrew were both directors.

Gerald's father, Harry, first set up the firm 60 years ago, in Milnrow Road.

Harry formerly worked as a cotton spinner at Shaw's Dawn Mill but as the cotton industry declined, he got involved in building televisions and radios, which led to the opening of the shop.

Mr Thurston said of the firm in 2005: "You phone about a fault with your television and they normally collect it within the hour.

"You get a first-class service. I've never gone anywhere else since I've been in Shaw."

Around 20 years ago, Harry Cooper & Son Ltd expanded by taking over a neighbouring property. The firm began trading as a limited company in 2004.

The business was run by managing director Gerald Cooper, his wife Joyce was the secretary, and sons John and Andrew were both directors.