You are Here: Home » News » Bottle of beer seals a wedding

Bottle of beer seals a wedding 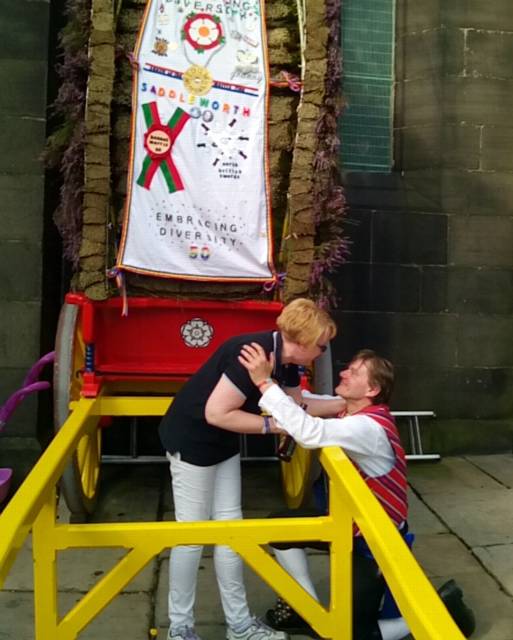 Dave Yates gets down on one knee to propose to his fiancée, Alex Tomlinson

THE legendary Rushcart Weekend took a surprise romantic turn for one member of Saddleworth Morris Men.

Because Dave Yates (42), a longtime team member, got down on one knee alongside the colourful cart and proposed to his fiancée, Alex Tomlinson (38) from Diglea.

Dave said: "I had decided to wait for the ring to be ready so I wasn't going to do it at the weekend.

"But I was persuaded to do it at Rushcart because it is perfect.

"And one of the team, Graeme Rothery, made a ring out of a rush from the Rushcart itself.

"And so I did it with a bottle of Thornbridge beer from the Albion Tap called 'I love you will you marry me.'"