You are Here: Home » News » Court of Appeal beckons as residents fight on

Court of Appeal beckons as residents fight on 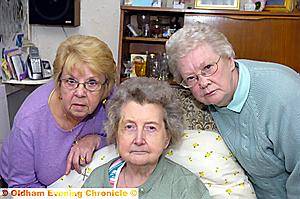 The battle to save terrace homes in Derker from demolition goes on after residents won the right take to their case to the Court of Appeal.

A judge has granted Derker Action Group leave to appeal, after they lost a High Court case fighting the demolition orders in December.

The group are the comeback kids three times over: first they failed to have the compulsory purchase order (CPO) on 90 homes and 12 businesses turned down; then an inspector at a public inquiry backed the council’s Housing Market Renewal plans; and the High Court in December also ruled the demolition orders were legal.

But the group has bounced back each time.

Chairman Maureen Walsh is delighted with the news. She said: “We are plodding on until we get a decision. Our barrister was hopeful and plumped to go for an appeal. We have lived to fight another day.”

However, St James’ Ward Councillor Roger Hindle, said: “I am extremely disappointed for the people in the retained properties who have spent a lot of time looking at tinned up houses and all the problems that has created.

“I fully appreciate what members of the action group are doing and have done over the years, but every time we see a light at the end of the tunnel, the shutters come down.”

The latest appeal is not likely to be heard for several months.

The group’s solicitor, Gavin Sullivan, of Public Interest Lawyers in Birmingham, said: “The appeal has been allowed by Mr Justice Jacob, who has accepted that the public inquiry inspector only passed selected documents to the Secretary of State, and as a result it could be argued that he may not have had all the material to confirm the CPO.”