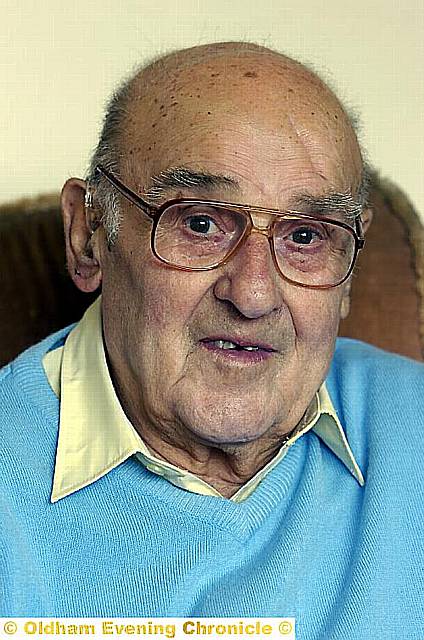 A photograph of a joint grave of two comrades from the 47th Oldham Tank Regiment united in death at El Alamein have rekindled memories for fellow trooper Richard Tuson.

Mr Tuson saw the story in the Chronicle and was moved to send in his black and white photographs of the 47th Royal Tank Regiment which he joined as a teenager in 1939.

“We had so many casualties we were broken up after El Alamein, we lost so many tanks and men, but I have so many memories of them I could fill a book.”

The 47th was a Territorial Army Regiment like the famous Oldham 41st Tank Regiment, which was awarded the Freedom of the Borough after the war. But after heavy losses at El Alamein, the turning point of the war in north Africa, the 47th was disbanded.

After enlisting, Mr Tuson trained and served in England for two years, then the regiment sailed for north Africa from Liverpool — the long way round.

Mr Tuson, now 89, of Hollinwood Avenue in Chadderton, explained: “There were too many German submarines in the Mediterranean. We were at sea for eight weeks and our old ship broke down two days sail away from Capetown, and the convoy left us.

“We were sitting ducks for any submarine but luckily the old ship got going again and we managed to limp to shore.”

A Dutch liner took them from South Africa to Port Suez in Egypt and they went by train to their camp.

He recalled: “We were in the pitch dark at the side of this big artillery gun. All at once at 2300 hours all hell broke loose.

“Down below whistles were blowing, flares going up and heavy gunfire, shouts and screams were all going on at once.

“Heavy fighting was taking place. In the daylight the fighting went on until night came again.

“One day we had to take supplies of food and water up to the tank. We drove up this track in daylight and serviced the tanks but the Germans were waiting for us returning and started shelling us.

“The shells were dropping very close. We were going flat out and some very skilful weaving about by our sergeant got us back safely.”

One of his colleagues in his training and fighting days was Harry Butterworth, founder of the famous Union Street fish and chip shop — also captured in the black and white photos.

After being wounded in the foot as the campaign moved into Italy, Mr Tuson returned home. His father, who ran a shoe repair shop in Hollins Road near Montgomery Street, had died while he was in north Africa.

And although Mr Tuson eventually took over the business, he had to return to the war and join the fighting through France, Belgium, Holland and finally Germany when the war ended.

He said: “Despite the war I have fond memories of the 47th, and some good times.”