You are Here: Home » News » Soldiers storm into charts at number 4

Soldiers storm into charts at number 4 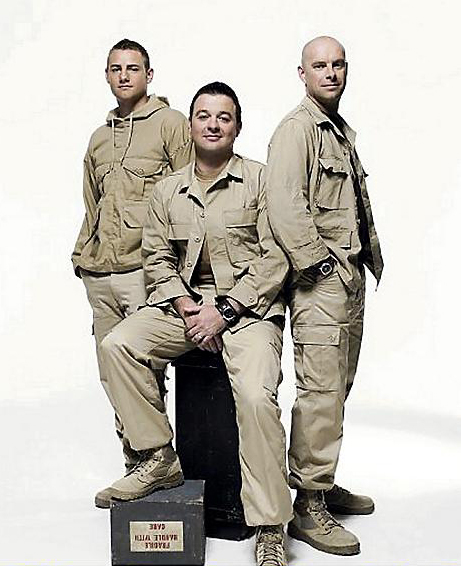 The Soldiers heading up the charts

FAILSWORTH soldier Richie Maddocks is battling it out at the top of the charts.

Sgt Maddocks (37) - see him in the video on the right - left North Chadderton School at 16 to join the Army and was a medic in the first Gulf War.

An instructor at the Royal Military College of Music, he now lives in Cambridgeshire with his wife Nicci, but still has family in Oldham.

He was approached by a production company to be in The Soldiers alongside L/Cpl Ryan Idzi (24), who made it through to the boot camp stage of “X-Factor”, and Sgt Major Gary Chilton (41).

Coming Home features ballads such as “Lean on Me”, “Freedom”, “Tears in Heaven” and “He Ain’t Heavy, He’s My Brother”. It will raise money for the Army Benevolent Fund, Help for Heroes and The Royal British Legion.

Speaking to the Evening Chronicle ahead of its release, Sgt Maddocks said: “It reflects what you expect from the Army — comradeship, brotherhood.

“People will listen to it and, if they have got loved ones overseas, it will make them think about them. I think they are great songs to be honest.”

He said that a Christmas number 1 would be great but added: “I have been in the Army too long to have visions of grandeur. I hope it does well for the charities we support.”