You are Here: Home » News » TV show got it wrong, say Oldham muslims 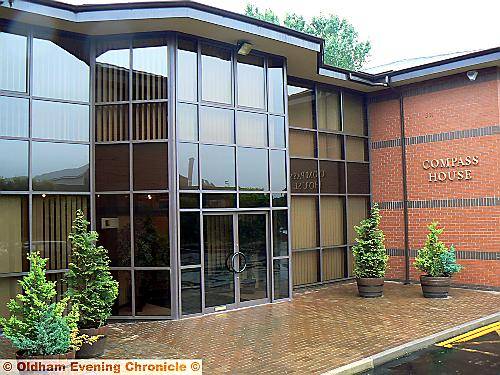 OLDHAM Muslim Centre has criticised a TV programme over claims that a group it is linked to wants to establish an Islamic state in Britain.

It says that the allegations made in the Channel 4 documentary plays into the hands of the BNP and has urged people not to destroy the borough’s good race-relations work.

The “Dispatches” programme aired on Monday investigated the London-based Islamic Forum Europe (IFE), which it described as a fundamentalist group.

Reporter Andrew Gilligan looked at claims that the IFE had placed its “brothers in positions of political power” by infiltrating Tower Hamlets Labour Party, wanted to create an Islamic state and wanted to impose Sharia Law.

Minister and East London MP Jim Fitzpatrick said in the programme: “The suggestion is they have councillors, candidates, standing for different parties in different parts of the country, and that they encourage their members to vote for these candidates regardless of which political party they represent at the ballot box.”

Volunteer Nanu Miah said it has been praised for its community cohesion work since it was set up two years ago.

He denied the programme’s claims and said: “I think it is politically motivated. What we need to concentrate on is the good work that the Muslim community is doing rather than just demonising them.

“Most of the work of the IFE is educating people, dealing with gangs and drugs.

“Channel 4 has been making a lot of programmes about different organisations, trying to demonise them. This type of programme has got to stop — it’s creating divisions.

“The ‘Dispatches’ programme is extremism trying to play on people’s fears, taking us from cohesion to division. It was based on racism and hatred. Programmes like this are only helping the BNP.

“The people of Oldham have done a lot. I ask all generations ‘Let’s not destroy what we have already built’.”

The “Dispatches” programme comes 11 years after Labour North West took over the party’s selection in Alexandra amid claims that Asian supporters were cramming meetings and voting more than once.

This was followed by allegations that clans were trying to infiltrate the party in some wards for their own means.

A statement on the IFE website says: “The recent media coverage concerning the IFE is grossly inaccurate and, in a number of respects, libellous.

“The IFE is not a radical organisation and has never advocated the implementation of sharia law or an Islamic state in the UK.