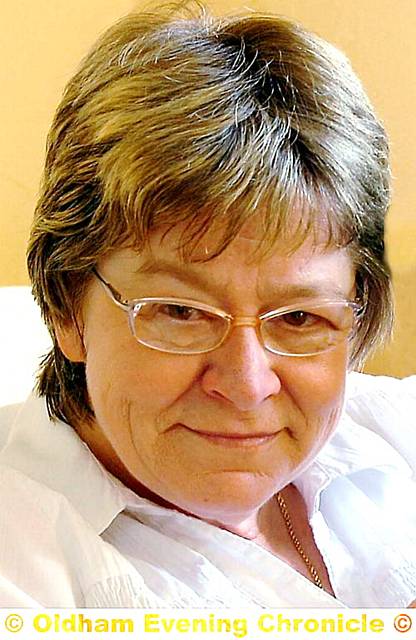 Overdose was an accident

A 59-YEAR-OLD woman was found collapsed after accidentally taking too much medication, a coroner has ruled.

An inquest into the death of Susan Mealing, of Maple Close, High Crompton, heard how she was discovered in her kitchen last July and couldn’t be revived by paramedics.

Toxicology tests gave the cause of death as a large amount of citalopram, an antidepressant, with bronchopneumonia as a contributory factor.

Her daughter, Tina Delaney, one of five children, told the hearing how her mother had suffered from anxiety and depression since her teens.

She endured a stormy second marriage in the 1980s and had self-harmed. She had a much happier third marriage to Ralph Mealing from 1991, but was devastated when he died suddenly in 1996. She as further hit by the blow of her mother’s death in 2002. She had harmed herself after both tragedies.

But from 2004 onwards, her mental health improved with family assistance and medication. She took classes, including painting and decorating, sign language and computing, and was generally much happier.

Mrs Mealing’s physical health then began to deteriorate, with medication for epilepsy, thyroid problems, diabetes, cholesterol, water retention and depression. The family was concerned about the amount of medication she was taking and wanted it reviewed.

Mrs Delaney, from Rochdale Road, High Crompton, said her mother often appeared confused and “doped up” and would fall asleep mid-sentence and be difficult to wake.

Two weeks before her death, Mrs Mealing suffered a fit and was found collapsed. She was hospitalised with pneumonia and a chest infection.

On her discharge she remained positive and in a good mood and gave the family no cause for concern. On the morning of her death, she spoke to a friend and was visited by a carer and seemed fine.

Relatives said she would not have taken her own life as she had much to look forward to, excited by family visits and becoming a grandmother.

Mrs Mealing had featured in the Chronicle speaking of her pride in soldier son Andrew Headen becoming a sergeant major and helping to train Prince Harry. Her son-in-law Elton George was also promoted to the rank. Her GP, Dr Zuber Ahmed, said previous attempts to take her life had been no more than cries for help.

She had been taking the maximum dose of citalopram for six months due to the severity of her depression. Dr Ahmed saw her the day before her death and her mood was normal.

Her medication had been reviewed on several occasions but she was in such pain it was often increased rather than reduced.

Coroner Simon Nelson said it had not been an easy case and he had to weigh up Mrs Mealing’s history of self-harm with her remarkable turnaround of optimism and hope in her final years and no indication she would take her own life.

Recording a verdict of accidental death, he said she may have been confused when taking the overdose.