You are Here: Home » News » Tributes to popular councillor 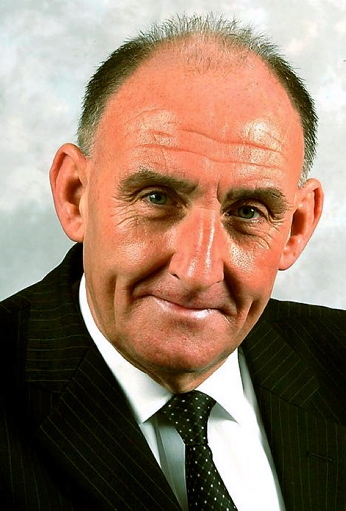 Councillor Harrison, the serving cabinet member for social services and community health, was the loving husband of Councillor Jenny Harrison. The couple lived together in Moorside.

Phil - as he was affectionately known to everyone - was a devoted family man with three sons, a daughter and four grandchildren.

Councillor McMahon said: “Phil was inspiring and compassionate. I feel utter sadness for Jenny and his wider family - and for the Labour Party. Losing such a towering figure so close to Christmas is heartbreaking.

“Phil has a legacy of caring for thousands of elderly people, some of the most vulnerable in Oldham, fighting for those who many others forget and always treating those people with the same compassion as one of his own family members.”

He had been a Cabinet member since May, 2010, and his high-profile portfolio oversaw a range of health and wellbeing services.

Councillor Harrison helped to forge Oldham’s reputation as a national leader in many areas of social care, leading on the Ageing Well and Loneliness agendas and working closely with the Department of Health.

Councillor Harrison was also a passionate figure on the Royton, Shaw and Crompton District Partnership and contributed to plans for several local projects.

He also worked with several outside bodies, from Community Transport Oldham to the Learning Disability Partnership Board and Oldham Council Music Awards.

Colleague and friend Councillor Steve Bashforth, said: “He was a very proud man who kept his dignity throughout his illness.”

Thre are books of condolence for written messages at the entrances of Oldham Civic Centre and Royton Town Hall. Contributions can also be made online at www.oldham. gov.uk/cllr_harrison.

Funeral arrangements are still to be confirmed.