You are Here: Home » News » Reward for return of stolen parrot

Reward for return of stolen parrot 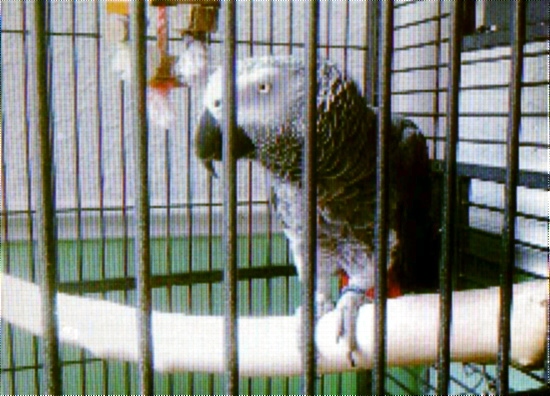 A £400 reward is being offered for the safe return of Arnie the stolen African parrot.

The bird, owned by a 41-year-old man with Aspergers Syndrome, was stolen at the end of January in a burglary at the man’s Hathershaw home. Another parrot - a blue macaw - was also taken but later recovered.

Arnie, an African Grey, has a mark all the way around his beak. Police are appealing to anyone who has recently bought a parrot to check whether it could be Arnie, who can ring the bell in his cage when asked, and will respond by whistling if asked if he can whistle.

When he was stolen, Arnie had a well-worn blue ring on his leg, which in places revealed silver underneath.

Detective Constable Sam Blackwood said: “The victim’s family has seen what a negative effect this theft has had on him. These parrots form an essential part of this man’s life.

“He was relieved to get one of them back, but he still longs for the return of Arnie. His mother has gone to the extreme step of offering a reward to help get Arnie back.”