You are Here: Home » News » Caped crusader is out to do good deeds

Caped crusader is out to do good deeds 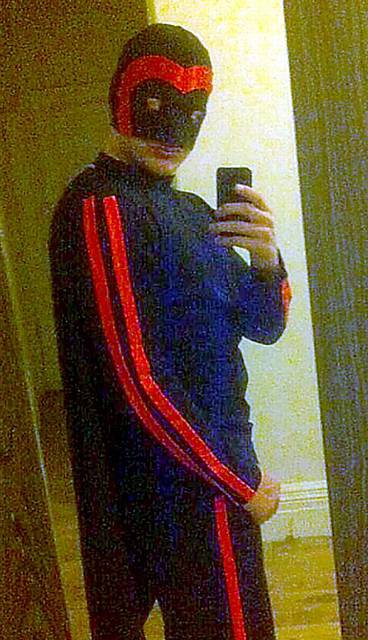 SELF-STYLED super hero: Captain Manchester in his home made costume

Captain Manchester is spreading goodwill across the region - superhero style.

The self-styled Oldham not-quite-crimefighter — who wishes to remain anonymous — has been donning a home-made costume and doing good deeds since he lost his job a few months ago.

From handing umbrellas to wet shoppers in the city centre to helping people carry furniture into their homes, Captain Manchester is all about making life better for others.

“I got made redundant a little while ago and it started as something to do to fill the time while I look for a new job,” said the captain.

“I’ve always been a fan of comics and I thought it would be a nice idea to help a few people out while I have time on my hands. I told my two best friends what I was doing and they were very supportive but my girlfriend has no idea, she’d kill me.”

Captain Manchester — and he has business cards to prove it — does good deeds as often as possible as he tries to spread good feelings across Greater Manchester.

He said: “I’ve got a bit of free time at the minute, so I have no problem helping out in the community or picking up a bit of litter and keeping the streets a bit cleaner.

“Sometimes I wear the outfit and sometimes I don’t. The costume is just a bit of fun and its made out of what I had available in my house. I’m not the greatest at costume design.

“People’s reactions vary. Some laugh, some look confused; but I’ve received a lot of tweets telling me they’ve done good deeds because of me. It’s nice to see people being nice to each other.

“You’ll be surprised how good it makes you feel.”