You are Here: Home » News » Emotions run high as man charged with murder 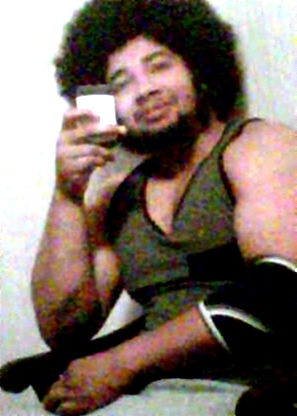 THE FAMILY of 22-year-old mum Victoria Adams fought back tears as the man charged with her murder appeared in court yesterday.

Andre Bright (29), of Falmouth Street, Oldham, appeared in a packed courtroom at Oldham Magistrates Court to face one charge of murder and a second of assault at an Oldham nightclub.

Members of Victoria’s grieving family sobbed as the handcuffed Bright was led out, flanked by security guards.

Extra police officers were drafted in to the court as members of both the accused and the dead woman’s family watched from the public gallery. Around 30 relatives and friends sat on opposite sides of the courtroom.

Mother-of-one Victoria was found at her Fitton Hill home on Sunday morning after apparently being stabbed in the chest. She was taken to hospital for treatment but suffered a fatal cardiac arrest.

Yesterday the court heard Bright also faces an assault charge for a separate alleged incident at the 101 nightclub in Yorkshire Street, Oldham.

The incident involved another man called Matthew Wilkinson on Sunday - the same day as the alleged Fitton Hill attack.

Bright was remanded in custody.