You are Here: Home » News » The independent voice of Oldham

The independent voice of Oldham 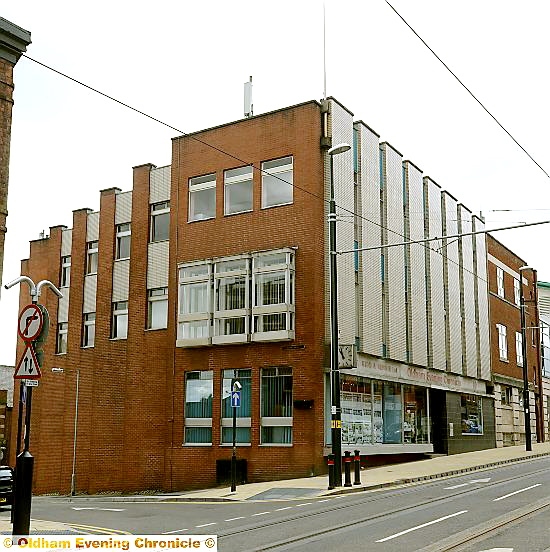 THE Chronicle as it look today

HOW ironic it is that the Oldham Chronicle celebrates its 160th birthday as tensions remain high in Crimea.

When the Chronicle was born, in the spring of 1854, the combined fleets of Britain and France lay in the Black Sea, preparing to deliver the opening barrage of the Crimean War.

It was the moment that Daniel Evans, a 50-year-old printer and stationer who worked and lived at 22 Yorkshire Street, chose to announce the imminent arrival of a new newspaper.

The first edition was published on May 6, two weeks after the start of the first war to involve the great powers of Europe since the defeat of Napoleon in 1815 — Britain and France against the Russians.

The war might have been the catalyst for the invention of the Oldham Chronicle, but there were other compelling reasons for the publication of a regular weekly newspaper.

Oldham was a thriving industrial centre, growing rapidly on the back of the textile industry.

It had a population of 60,000, probably 80,000 including the out-townships of Chadderton, Royton, Crompton and Lees. It returned two MPs to Parliament. Yet there was no Oldham newspaper. It was a situation that Daniel Evans decided to correct.

The first editor was Edward Keating Young; the first reporter Stevenson M Struthers. These two with Daniel Evans in charge of the commercial side of the business and a team of fewer than half a dozen compositors, who set every tiny letter of type by hand, launched the Chronicle as four broadsheet pages.

It was not easy to make a commercial success of a newspaper.

The Government and the monarchy did not like criticism (sounds familiar?) and for many years had tried to discourage the regular publication of newspapers — there was an advertising tax until 1853, and a stamp tax of 1d and a tax on paper were still in operation when the Chronicle was first published.

Despite such obstacles, the Chronicle did not give up. There was plenty of news around — the war, of course —but also in Oldham itself.

The Corporation had been formed in 1849 and was making its mark — new baths, reservoirs, cemeteries and a Great Exhibition for the Lyceum Building Fund were a few of the manifestations of new civic consciousness.

In August, 1854, Daniel Evans sold the Chronicle to Robert Lewis Gerrie, a 24-year-old Scot, who lived at 15 Queen Street and Evans died suddenly of apoplexy the following June, aged 51.

The paper was then printed by hand on a Columbian press, a laborious process.

Edward Keating Young was editor for only eight months. He left Oldham for health reasons, and Gerrie took over as editor and manager. However, though only 24, he was seriously ill with consumption (tuberculosis). He needed help. so he brought Jonathan Hirst (36) from the Huddersfield Examiner to take over editorial responsibilities and fellow Aberdonian Wallace Rennie (20) from the Liverpool Mercury to manage the business.

Their arrival had immediate effects. Wallace Rennie brought forward the publication time of the paper to Saturday morning to counter the advantage that Manchester newspapers had over the Chronicle because until then it was published late on Saturday.

Jonathan Hirst infused into the newspaper the Liberal principles for which it stood for many years afterwards. The Liberal Party of the time in Oldham attracted progressives of both working and middle classes, and it was this new Liberalism which found a voice in the Chronicle.

Gerrie’s illness worsened, and Jonathan Hirst took over as editor. The stamp tax was repealed in 1855 and the Chronicle prospered — so much so that in November, 1855, it moved to Bamford’s Buildings, Greaves Street, and the old hand-press was abandoned in favour of the latest machinery: a steam-driven press. The Chronicle stayed in Greaves Street for the next 12 years.

Meanwhile, Gerrie’s illness continued to worsen and he died on July 16, 1857.

Five months later, Hirst and Rennie, by then editor and manager, bought the paper from Gerrie’s mother, Mrs Christian Sangster Lewis, for £800. They had only £200 and so paid off the rest in instalments.

The debt was finally cleared in 1863.

The Chronicle had started off as four broadsheet pages, and readers were now more often than not getting eight pages for their 11/2d. Eight pages became the permanent size once the last of the Government newspaper taxes — on newsprint — was abolished in 1861.

The commercial printing business was similarly successful, and another move was needed. The business went back to 22 Yorkshire Street in 1867, and extended the building in 1871. It stayed there 22 years.

On September 9, 1876, the successful partnership of Hirst and Rennie was broken. Jonathan Hirst died at the age of 57.

Wallace Rennie now became both editor and manager with the help of Jonathan’s son, John, who became leader-writer.

The business continued to expand. Hirst and Rennie started the Middleton Guardian, which they later sold, but which is still published today.

On March 7, 1877, the bi-weekly issue of the Chronicle started and the paper continued to be published on Wednesdays and Saturdays until shortly before the next venture, the Oldham Evening Chronicle. The first edition of the daily appeared on March 17, 1880.

In January, 1889, the business moved to Union Street — into the building later occupied by Kwikprint.

Here, for the first time, the Chronicle was printed on a rotary press.

Another mechanical improvement soon followed with the introduction of five linotype composing machines in 1893. No longer did every letter have to be set by hand; now lines of type could be set mechanically.

Wallace Rennie died in 1896, having managed the business for 40 years, for 19 of which he was also editor. Control of the business passed to John Hirst, with the help of his son, Henry, and the four sons of Wallace Rennie — Wallace, George, John and James.

John Rennie later became a director, and his son, Eric, worked at the Chronicle until 1952. He was the last member of the Rennie family to do so.

At the beginning of 1899 another rotary press was installed — this time run by electricity. The size of both editions of the Chronicle was increased.

In 1905, Hirst and Rennie became a limited company.

John Hirst retired in June, 1914, and his son, Henry Hirst, took over as managing director. The new editor was William Stewart Stewart. He had worked at the paper from boyhood, and became the newspaper’s longest serving editor, retire in 1946.

The First World War increased demand, but difficulties in paper supply hampered production. Once the war was over, the next venture in September, 1919, was the beginning of the Green Final, the fondly remembered Saturday evening sports edition.

This expansion made larger premises imperative and the company bought its present offices at Rhodes Bank. After extensive alterations, the Chronicle was first printed there on August 27, 1923.

In 1940, wartime paper rationing forced the Evening Chronicle into tabloid format but the business continued to expand.

A new rotary press was installed in 1949, which necessitated an extension to the building.

Clarence Kidd retired as joint managing director in 1958 and Henry Hirst in 1959. T S Lloyd stepped down as editor in 1959 to become advertising director.

In the early 1970s, the jobbing printing side of the business was moved from Union Street to the Roscoe Mill, just behind the Chronicle. The Union Street offices were rebuilt.

In 1978, the Evening Chronicle ceased publication of Sport Final, which had replaced the Green Final in 1973. However, the greatest changes since the paper was born were about to arrive.

The method of producing the paper changed little from the 1890s until 1980. Reporters typed their stories. These were checked, allocated a place in the design of a page, headlines written and then sent to be made into lead lines of type. In the composing department, the entire story was typed out again, and the pages made up.

When computers arrived, it was possible to eliminate typing everything twice, since a story, once input, could be moved around electronically. However, this meant eliminating a whole layer of jobs.

In the early 1980s, the linotype machines were replaced by computers, but it was not until 1991 that reporters were given computers on which to type their stories. Even then, stories were produced as strips of paper and stuck together as pages.

In 2001, a new editorial system was installed, allowing the editorial department full control over computer-generated stories and page design. And in 2002 a new electronic advertising system was introduced.

Until 1991, the Chronicle was printed entirely in black and white. However, a new press hall was built and a refurbished Crabtree Crusader colour press was installed at the start of the decade.

Kenneth Hirst retired in 1982, after 23 years as editor. He was succeeded by Gordon Maxwell. his deputy for many years. John Hirst died in 1984, and his son, Hubert Hirst, became managing director.

By 1982, the circulation of the paid-for weekly Chronicle had declined to about 16,000, and it was decided to turn it into a free newspaper, later renamed Chronicle Weekend – forerunner of the Extras which now circulate in Oldham, Saddleworth and Tameside.

The commercial printing side of the business was run by the third great great grandson of Jonathan Hirst — Christopher Hirst, until its closure, and his father, long-serving former journalist Harry Hirst (great grandson) remained a director until his death in 2010.

One of the most significant changes of the last decade, if not the paper’s history, was the decision in 2007 to close the Union Street printing press. The Chronicle is now printed in Hollinwood by Trinity Mirror.

As well as the newsprint edition of the Chronicle, the newspaper appears on the Internet where its website – www.oldham-chronicle.co.uk – has clocked up several million visitors since January, 2000.

In May, 2010, Jim Williams retired as editor to be succeeded by his deputy, Shaw-born David Whaley who in, 2013 became managing editor as Philip Hirst replaced the retiring Hubert Hirst as chairman of the company.

The early founders could not have contemplated how the newspaper would develop or that 160 years later, in a world of big newspaper groups, it would still remain Oldham’s independent voice.