You are Here: Home » News » Pride continues to uncover gems 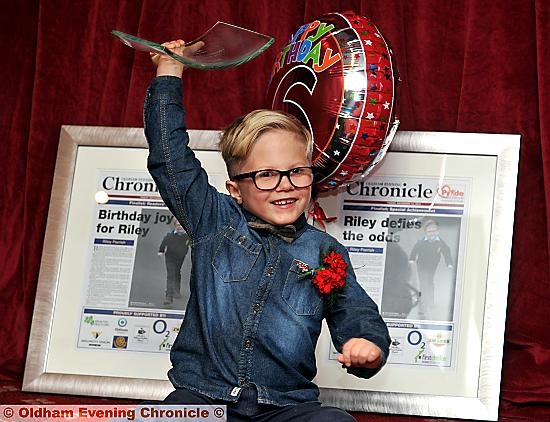 OLDHAM’s unsung heroes finally had their night in the spotlight at the 2014 Pride in Oldham Awards. Now in their 13th year, the awards celebrate those who go above and beyond to make a difference in their community without expecting reward.


From heart-warming stories of triumphs over adversity to tales of sacrifice for the benefit of others, this year’s finalists across 11 awards proved Oldham has no shortage of dedicated people.

During a moving ceremony, hosted by broadcasting veteran Marjorie Stephinson MBE, the audience heard of the inspirational, selfless and often courageous acts that earned the nominees a place on the stage.

There was laughter and more than a few tears as the story of each finalist was revealed for the audience and winners announced.

Councillor Hussain said: “The people of Oldham do so much and it is great to celebrate them with these awards. They show just why Oldham is the best place in Greater Manchester and I am proud of everyone here tonight.”

Each finalist was given a commemorative Chronicle front page marking their achievement. Each winner also collected a special glass trophy.

The winners who stole the audience’s heart was Riley Parrish - who won’t forget his sixth birthday in a hurry. The entire audience applauded and sang “Happy Birthday” to the Special Achievement category finalist as the surprised youngster and his parents collected the Readers’ Choice award.

The surprises didn’t stop there as the Reverend Jean Hurlston was announced as winner of the Oldham Ambassador award for her dedication to the borough.

Each of the winners in the School, Voluntary and Group categories were also delighted to find out that the Rotary Club of Oldham Metro would also be making a donation to help them continue their work.

This year’s awards paid tribute to the fallen heroes of World War One, with images of Oldham’s war memorials played on screen while members of the Sapphire Blue Choir - made up of veterans and their families - sang.

Praise was also given to Glenn Dale and the Oldham in Bloom team after the town picked up the Royal Horticultural Society North West in Bloom award for the fifth year in a row, as well as taking home the top prize of “Best City” in the national Britain in Bloom competition.

Chronicle managing editor David Whaley thanked all the contributors to a “spectacular” evening and added: “We have to remember that while newspapers often carry bad news, there are also a lot of people out there with fantastic good news stories. Pride in Oldham is all about telling those stories.

The awards will be around for a long time, so these amazing people get the recognition they deserve.”

Kevin Lanham (Oldham Wheels for All) and Natalie Downes

LOVE WHERE YOU LIVE AWARD