You are Here: Home » News » Squalid homes of freed slaves 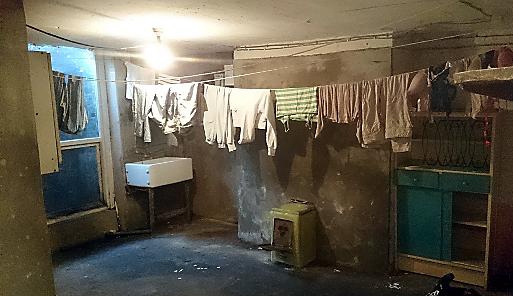 Police have released images of the squalor that they say 10 alleged slave-workers had to endure in Rochdale after two men were charged and three others arrested in connection with enslavement and trafficking offences.

Police have released images of the squalor that they say 10 alleged slave-workers had to endure in Rochdale after two men were charged and three others arrested in connection with enslavement and trafficking offences.

As the Chronicle reported yesterday, 20 east European men and women were rescued after police swooped on a picture framing factory in Ings Lane, Rochdale.

Greater Manchester Police officers — alongside partner agency teams from Rochdale Council, the Home Office and HMRC — executed a warrant at the factory on Monday.

The search warrant was executed at part of the Caldershaw Centre, on Monday as part of Operation Retriever, which is designed to tackle human trafficking in Rochdale.

It is alleged that the men and women who lived there were paid £25 for an 80-hour week after deductions for rent and travel.

Images released by police also show the shocking conditions in which the workers were living. They were all cramped into one small terraced house in Rochdale which had plaster falling from the damp-infested walls.

As a result of the warrants Mohammed Iqbal (51), of Belmont Way, Rochdale, and Najum Mohammed Iqbal (40), of Harrison Close, Rochdale, were both charged yesterday with knowingly requiring another person to perform forced or compulsory labour.

A police spokesman said: “Of the 20 people found to have been working in the factory, 13 men and women, all from Slovakia, are now thought to have been victims of the enforced labour and trafficking offences.

“The other seven are believed to have been legitimate workers, who were paid a legal wage.”