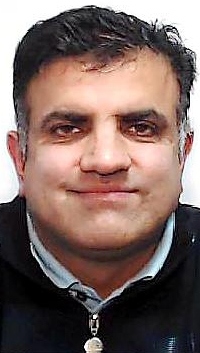 A DRUG dealer was caught with £300,000 worth of cannabis when police raided his home.

The 30kg stash was in vacuum-packed bags in three large boxes inside a cupboard at the house in Waterloo Street, Glodwick.

Mobile phones seized in the raid last September later implicated an associate, who acted as a courier between Hemel Hempstead and the north.

Jahngheer Younis Ali (36) of Waterloo Street, Glodwick, and Shanawaz Qumar (42), of Queen’s Road, Glodwick, were jailed for almost seven years at Manchester Crown Court after pleading guilty to a single charge of conspiracy to supply Class B drugs.

At the time of his arrest, Ali was still on licence, having served half a 10-year sentence for conspiracy to supply Class A drugs.

Jailing him for four and a half years, Judge John Potter told him: “You were at the heart of this conspiracy. You are a professional criminal involved in dealing with significant amounts of drugs for significant financial gain.”

Qumar was given two years and three months.

The judge said he took into account the fact that he had no previous drug related convictions, and had played a far lesser role.

Qumar first claimed the trip had nothing to do with drugs, but later admitted involvement.

Carl Hargan said his client, a father of three, had been in financial difficulties and seen it as a way to make some easy money.

He said: “Because of his stupidity and greed, he has ruined his family’s life, and that weighs heavily on him.”

Simon Williams for Ali, said he accepted that people he had chosen to socialise with in the past were people involved in crime and he now wanted to turn his life round.