You are Here: Home » News » Terror on the trams

Terror on the trams 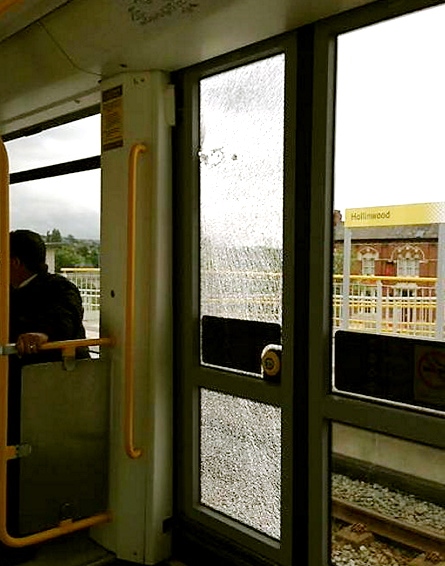 The latest incident, between the Failsworth and Hollinwood stops shortly after noon, follows a string of attacks in recent days.

Windows in two doors were smashed by bricks thrown at the passing tram, forcing bosses to take it out of service.

Metrolink chiefs are now working with police following the incidents on the Ashton to Rochdale line, which has 10 Oldham stops.

Steven Shaw, who was on the tram, said: “Just as we passed over the Rochdale Canal we heard a terrible bang. I saw two kids throwing bricks, trying to smash the windows. It was very frightening.

“There was about 50 of us on board and we didn’t feel safe. It’s terrible that this keeps happening to the trams and they keep being vandalised. I’m sure it is putting people off using Metrolink.”

The incident follows four separate attacks where tram windows were smashed on the line between Failsworth and South Chadderton on Tuesday.

A Transport for Greater Manchester spokesman said: “Thankfully, nobody was hurt. Acts of vandalism like this are obviously very distressing for passengers who are then inconvenienced as they have to wait for another tram. We are taking this matter very seriously.”