You are Here: Home » News » School digs in its heels over shoes

School digs in its heels over shoes 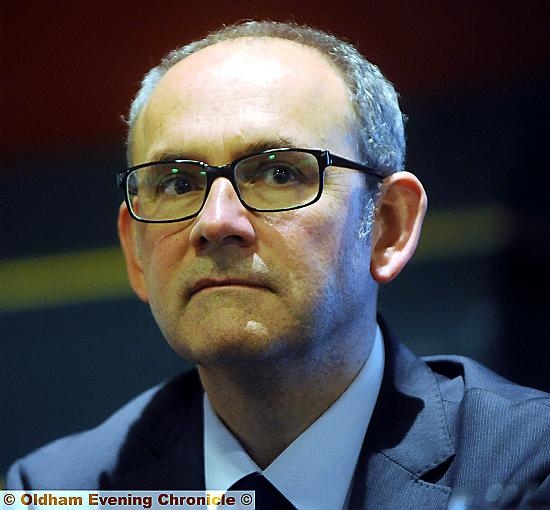 AN army of angry parents has accused Saddleworth School of putting its foot in it after children were punished and threatened with exclusion over their shoes.

The Chronicle was told stringent new rules over uniforms have caught out dozens of students - mainly boys - as they returned for the new school year.

Parents contacted the Chronicle baffled because shoes they bought believing them to be within the school’s rules had been ruled unacceptable.

On the first day back those with the wrong shoes were given a letter withdrawing the child’s “social time” if the correct shoes weren’t worn next day, and threatened exclusion if the situation wasn’t corrected by today.

Parents said they couldn’t understand why their sons’ smart, black footwear broke the rules. The uniform code demands plain black shoes with no white or coloured markings. No trainers, boots or high heels.

But a dad who spoke to us said his 13 year old’s footwear — from Clarks’s “school shoes” range — adhered to all these requirements but were still singled out.

“I just can’t see why these shoes are inappropriate,” he said. “When you buy from a school shoe range you expect them to be fine. They’re just black leather shoes.

“We were shocked and furious: they are punishing our son for something not his fault. We bought the shoes, which cost us £50. Now it looks like we are going to have to spend more to sort this out.”

One claimed: “I honestly can’t see what’s wrong with them. They’re just black shoes, they don’t look like trainers and the Adidas logo is so small you can hardly see it. To punish the kids and take away breaks and lunchtime is disgusting. To expect us to sort the situation out on the evening of the first day back, when a lot of people have work commitments, is ridiculous. To be honest I think they’ve got more issues to worry about.

Another parent said: “I don’t want to have to buy him new shoes but I don’t want him having an exclusion on his record. They’ve got me over a barrel and that’s what I don’t like.”

“At the end of the last academic year we wrote to all parents detailing which shoes were appropriate for school,” he said. The school set out pictures of 12 styles that would be acceptable

“We also had a series of assemblies on the issue, prior to the summer. Parents have had seven or eight weeks to get appropriate school shoes for their children.

“Letters have been sent home to those whose shoes weren’t deemed appropriate. Detentions have been held and pupils have an absolute deadline of five days to address the issue.

“I am very grateful to the vast majority of parents who have adhered to the new policy; there are only a small number of children who have yet to be wearing appropriate school shoes.”

But one mother said she didn’t know about the assemblies and didn’t see a letter.

She said: “I was aware however that only school shoes would be acceptable. I was not aware only one of the six boys ‘shoe designs were allowed.

“Perhaps the school should have been more specific and written the maker and design number of the six acceptable designs, so avoiding misinterpretation.”