You are Here: Home » News » Marzia’s moving story of how she fled Taliban

Marzia’s moving story of how she fled Taliban 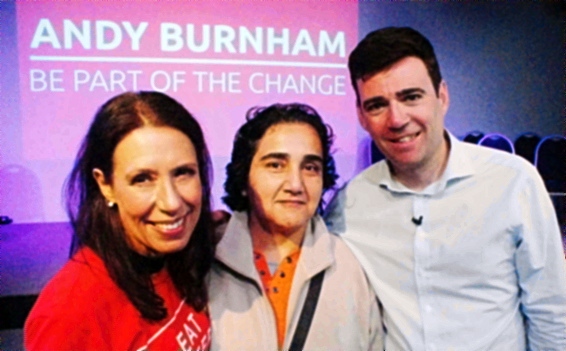 OLDHAM-DWELLING Afghan refugee Marzia Babakarkhail, who was forced to flee her homeland by the Taliban in 2008, has told the story of her escape to a Manchester conerence.

Marzia was targeted by the Taliban for setting up a foundation for educating girls. They tried to kill her in a high speed hit-and-run as she visited her sick mother in hospital. The attempt on her life was unsuccessful but she spent six months in recovery.

Her family, friends and colleagues begged her to leave Afghanistan: “I lost everything,” she said. “It is not easy to leave everything you have behind you. It has been so difficult.

“My story of having been an asylum seeker and now a refugee in Oldham is just one of many hundreds of thousands of similar stories in the world today. I want to help people understand what it is like to have to leave everything behind you and escape from your country when your life is in danger.

“Over the summer we have a humanitarian crisis develop across the Mediterranean and Europe. The Government’s response hasn’t been good enough.”

Mrs Abrahams said: “It was inspiring to hear the passion with which Marzia spoke to the audience. They were clearly moved by what they heard, as she told her story and the issues facing refugees and asylum seekers.”