You are Here: Home » News » Vigil tribute to victims of suicide bomb blast 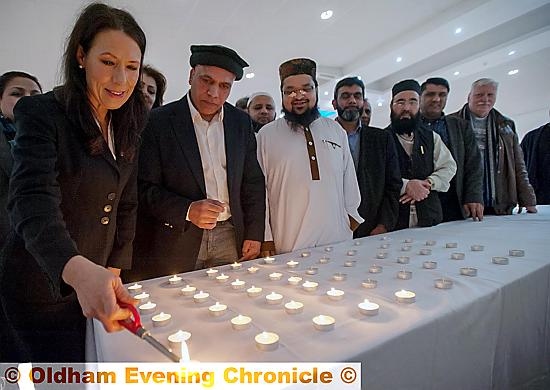 LOCAL tributes have been paid to the victims of the suicide bomb attack at an amusement park in Pakistan on Easter Sunday.

Residents united at the Eastern Pavilion in Featherstall Road, Chadderton, to hold a candlelight vigil for the 70 people — 29 of whom were children — killed in the attack at Gulshan-e-Iqbal Park in the vibrant city of Lahore, the capital of the Punjab state.

Basit Shah, from OMC, said every mosque in Oldham would be sent a letter to ask them to condemn the terrorist attacks in their Friday sermons.

Mr Shah said: “I don’t have the words anymore. People are completely disheartened and disappointed.

“We’re bringing everyone together and be united in fighting this evil, praying and showing solidarity and unity for the victims — to show them we’re with them all the time.

“First Brussels and now Pakistan. They have killed innocent people. We’re all human beings, we need to fight for humanity.”

“They don’t belong to us. Whoever they are, however they do it, there’s no justification for these atrocious and barbaric attacks.”