You are Here: Home » News » MP seeks accessibility for all rail passengers 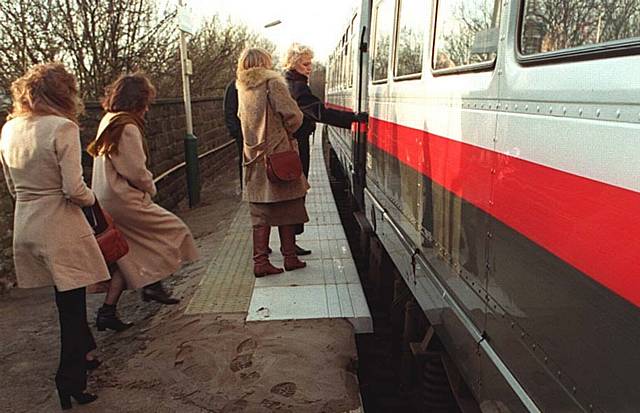 BETTER access and more services are needed from Greenfield station

AN OLDHAM MP is demanding better access to Greenfield station for people with mobility issues and an increase in the frequency of the services to alleviate overcrowding.

Oldham East and Saddleworth MP Debbie Abrahams, shadow work and pensions secretary, has written to the Department for Transport (DfT) and Rail North (RN) over the issues.

The Labour MP said: "Although some service cuts were removed from the recently awarded franchise plans I remain concerned about lack of accessibility for commuters with mobility issues at Greenfield station.

"Greenfield station is well-used by commuters including young families with prams, and disabled and elderly people. As there are 24 steps on either side of the train lines, the issue of step-free access is a significant challenge faced by many people.

"Considering that local commuters have seen a 24 per cent increase in season ticket prices in recent years, I've expressed my disappointment that constituents using the station are not provided with better access, despite the issue being raised on numerous occasions.

"Unfortunately the problems at Greenfield station aren't unique. Despite some investment in rail services, fewer than one in five railway stations have step-free access and Access for All funding has been cut by 42 per cent at a time when the government should be stepping up and ensuring all rail stations are fully accessible.

"The scale of this cut and the impact it will have across the entire country cannot be downplayed.

"I've requested detailed information about what improvements will take place to improve step-free access for commuters and what plans there are to improve access at Greenfield.

"I've also requested information about any plans the DfT and RN have to increase the frequency of the trains at Greenfield station especially after the Greenfield Rail Action Group have brought the issue of delays due to overcrowding to my attention."

The Greenfield Rail Action Group (GRAG) sent Mrs Abrahams a screen-shot of the live departure board for Greenfield station on June 11 showing that the 15:57 from Victoria to Greenfield and Huddersfield was delayed by 20 minutes due to overcrowding.

Commenting on the issues raised by GRAG, Mrs Abrahams said: "Understandably GRAG are concerned about the potential effect overcrowding is having on the health and safety of passengers and tell me they have approached the franchise holders with several ideas but have had little response from them."