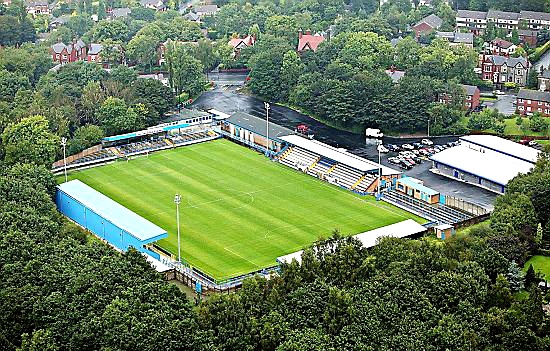 Having enjoyed their stay at the Fold in their first season of Championship rugby league, Oldham were "delighted" to successfully conclude another agreement with Celtic, said club chairman Chris Hamilton.

He added: "From day one we enjoyed an excellent partnership with our hosts. Celtic are willing and helpful partners and we have worked well together behind the scenes.

"Within our own club, we've had good feedback from all levels about the excellence of the facilities at Bower Fold and the warmth of Celtic's welcome.

"The playing surface is top class and to cap it all we enjoyed a very good home record, which was especially rewarding given that we didn't even train on the pitch before we started playing there.

"Both parties were keen to get another agreement in place.

"We thank Celtic for having us last season and we look forward to again enjoying Bower Fold's excellent facilities next year."

Ian Milligan, Stalybridge Celtic chief executive, commented: "It's good news for both clubs to have Oldham RLFC returning to Bower Fold for the 2017 season.

"The arrangement has worked well all round and it's good to hear from Chris (Hamilton) that Oldham's players, fans and officials were impressed by our facility and enjoyed a warm welcome.

"Of the 12 games Oldham won in all competitions last season, nine of them were at Bower Fold and no doubt they will be looking to build on that home advantage next season.

"A personal thank-you from me to everyone at Celtic who helped Oldham to settle in and a special mention for groundsman Pete Owens, who does a great job.

"We look forward to seeing everyone from Oldham again next season and we wish them all the best in their pre-season preparations."