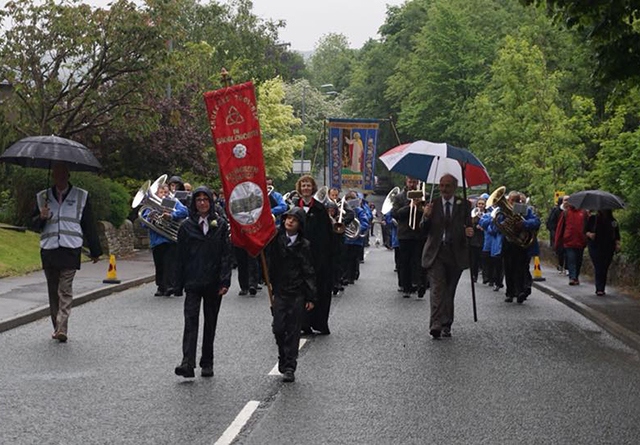 More than 20 band contests took place on the day, with the ultra-competitive one at Delph once again the largest.

Once again the crowds roared across Saddleworth as more than 100 bands featured in all.

The festival is famous throughout the brass band world, as nothing likes it takes place anywhere else.

The traditional 'street march' took centre stages earlier in the day, before nerves began to kick in as the players took to the relevant village contest stand.

Revellers watched on amazed as each village contest boasted a range of prizes donated by local people and former band players.

One of the highlights of the Saddleworth social calender certainly delivered once again.