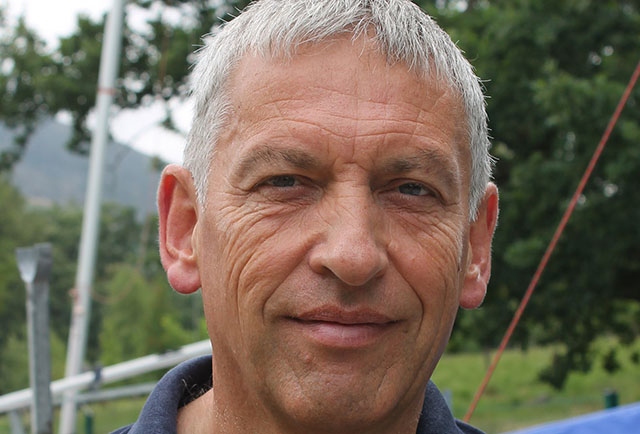 A local sailor is to be presented with a prestigious award for his lifetime contribution as a volunteer with Dovestone Sailing Club.

David McKee will receive the award from the President of the RYA, HRH the Princess Royal, later this month.

David was nominated for  the Outstanding Contribution Award by the club and selected as a winner by the RYA Honours and Awards Panel.  The presentation will be at the organisation’s annual awards ceremony in London on 16 November.

David said he was "surprised and a bit embarrassed, but an opportunity to go the RYA AGM was not to be passed up" when notified that he was to receive the award.

As well as being nominated by his own club, part of the gratitude for his efforts has come from the Lancashire Schools Sailing Association. David has recently retired as a Senior Partner in a surveying company and he has assisted the LSSA, Dovestone SC and many clubs up and down the country with countless hours spent in negotiations over leases and rentals. He has worked closely with the RYA Legal Department.

At Dovestone he has held many posts including Trustee, Commodore and Captain of the club's Flying Fifteen Fleet. He is an RYA Instructor and is an Official Measurer for the Flying Fifteen class. He was on one the RYA's Technical Committees and representative to a committee on sailing's top level governing body the ISSA, which is now known as World Sailing.

On the water David has travelled internationally, competing at events such as the Flying Fifteen World Championships in New Zealand.

As a member at Dovestone for  more than 35 years, David's contributions have also been very hands-on such as removing debris after the 'beast from the east' had destroyed the club's pontoon. Sadly the club has had to suspend sailing since July because of low water levels - more to do with having to put compensation water into the river rather than the scoops of water taken by helicopters to fight the moorland fires which broke out on the surrounding hills.

The citation says David is 'an enthusiastic advocate for the sport who takes pleasure from encouraging people to get on the water and enjoy their sailing, whether it be just pottering around or taking part in competitive racing'.

For more information about how to get out on the water in the North West region visit www.rya.org.uk/go/startboating