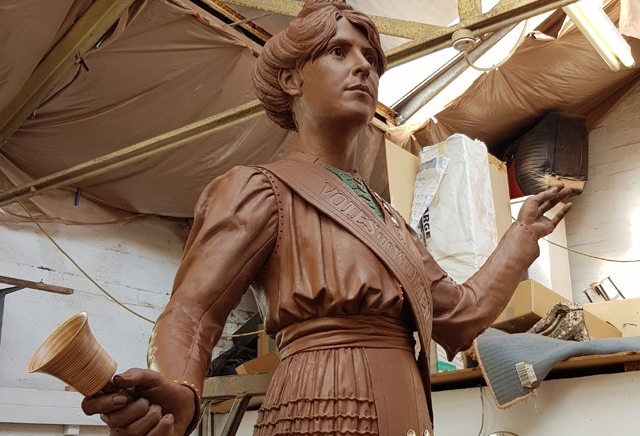 The Annie Kenney statue has been sculpted by Denise Dutton

The schedule for Friday’s eagerly-awaited Annie Kenney statue unveiling has been announced.

The sculpture – which will be situated by the side of the Town Hall building in Oldham town centre - commemorates Springhead-born suffragette Annie’s role in extending the rights of women in Britain.

The date of the unveiling is significant.

It was on the December 14, 1918 that women in Britain first exercised their vote.

So it is fitting that that date has been chosen to remember Annie’s role in this achievement.

The unveiling of the statue – sculpted by Denise Dutton - is being organised by the Director of Oldham Theatre Workshop in conjunction with Oldham’s Town Centre Management team.

A march has been organised to Parliament Square which will be headed by a brass band and will be represented by everyone from Oldham including trade unions, local businesses, local schools, community organisations, and local residents.

Artist Stan Chow, and Maxine Peake and Amy Gavin, actors who have portrayed Annie in the past, have agreed to attend along with members of Annie’s extended family. 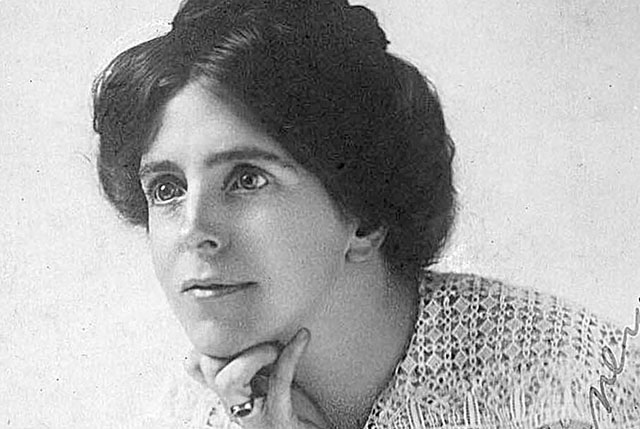 Here is what to expect on Friday:

12.30pm at Gallery Oldham: Members of the public, invited guests and performers will gather in the foyer.

There will be music from a female voice choir.

1pm at Gallery Oldham: A typically rousing speech from ‘Annie’ as she talks about her early life, hard times, and how she saw the need for change.

Told by many women, the talk will be punctuated with quotes and real stories.

1.30pm from Gallery Oldham, to Parliament Square and onto Town Hall steps: The crowd will be led on a march by actors carrying banners and the ringing of bells.

A brass band will play as the march heads up Parliament Square.

The crowd will be ushered into position around the statue site.

1.45pm at Town Hall steps: A theatre presentation will see local actors bring the story of Oldham’s suffragette to life, and document her immense struggle and sacrifice as she fights to secure a better life for all women.

2.15pm at Town Hall steps: A few short speeches will lead in to the unveiling of the statue.

The covering cloth will be released by local school children.