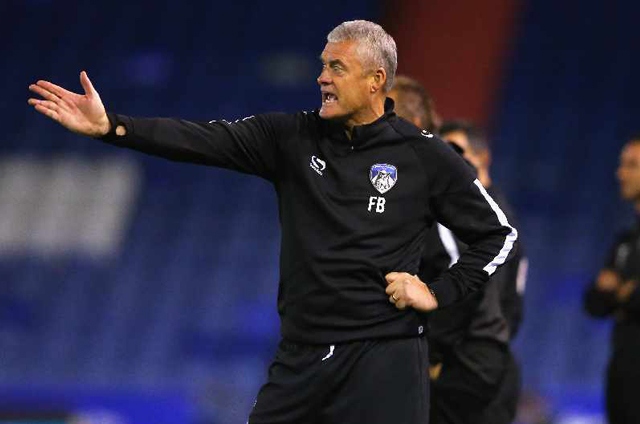 It brings to an end his six-month tenure in charge at Boundary Park which has been littered with issues off the pitch while on it the side currently sit in mid-table in League Two.

In a statement Latics have said: “Oldham Athletic Football Club can confirm that the contract of manager Frankie Bunn has been terminated with immediate effect.”

“We would like to place on record our thanks to Frankie for all his efforts during his time at Boundary Park.”

Since he was handed the reins back in June, following the departure of Richie Wellens, former player Frankie Bunn has overseen massive changes at the club, including a number of players leaving Boundary Park as part of a major overhaul of the squad.

Soon after his appointment the club announced the sackings of Jack Byrne and Anthony Gerrard, while Bunn appointed Paul Terry as first team coach and Andy Rhodes as his assistant manager.

However, the latter of the pair was sacked a few months later.

Under Bunn’s leadership Oldham Athletic have progressed in League Two and find themselves 12th in the table despite the 6-0 defeat at Carlisle United on Boxing Day.

They are also due to travel to Fulham in the third round of the FA Cup on Saturday 5th January and made it to the knockout stages of the Checkatrade Trophy, eventually losing to Rochdale.

Latics’ statement continued: “Pete Wild will take the first team as caretaker manager and the club will look to appoint a permanent manager as soon as possible.”