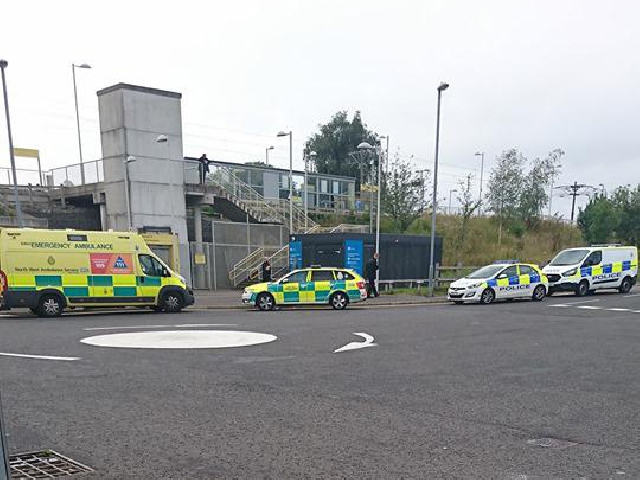 An investigation has been launched after a fight and a stabbing at a Hollinwood tram stop in Oldham last night. (Thursday 11th July).

It’s understood the incident happened at around 5.35pm when police were called to the tram stop to reports of two men fighting, with one of them using a knife.

Police and the ambulance service attended and a man aged 36 was taken to hospital with serious facial and eye injuries.

The other man had made off from the scene before police arrived.

A third man was with the suspect but was not involved in the fighting.

Police are keen to speak to anyone who witnessed the fight as soon as possible.

Detective Sergeant Craig Morgan of Greater Manchester Police’s Oldham Division said: “This was a highly disturbing incident which happened in broad daylight in full view of a tram full of people.

“The victim has received injuries which could be life changing, my thoughts are with him and I hope he is able to make a swift recovery.

“Many people will have seen the fight, and I am keen to hear from everyone who was on the tram, particularly those with any images or video footage.

“We are aware of footage circulating already, so we are also appealing for anyone who may recognise the men in the footage to get in touch as soon as possible.”