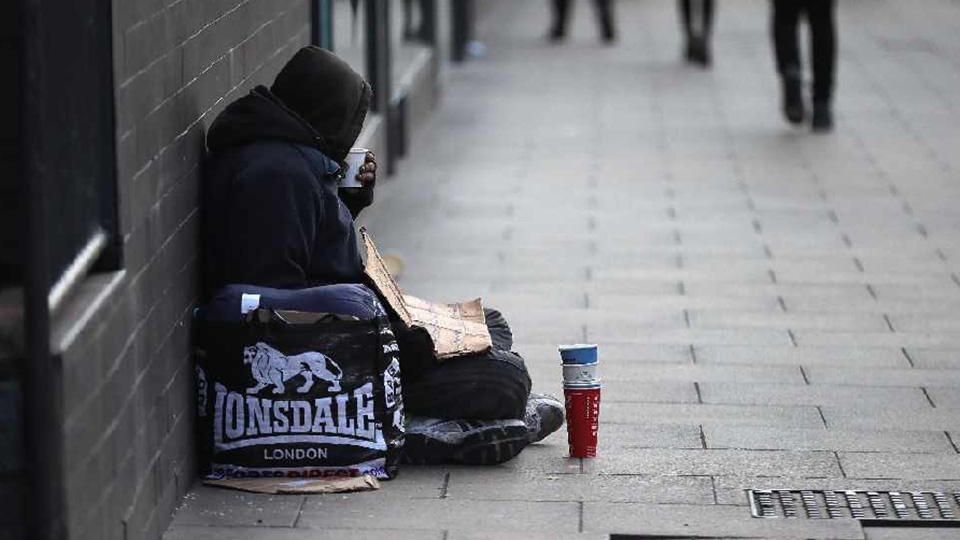 Greater Manchester mayor Andy Burnham wants to see his ‘bed every night’ scheme to get rough sleepers off the streets rolled out nationally.

Political leaders have been urged to prioritise the ‘homelessness crisis’ during the upcoming election after 726 people died in England and Wales last year.

More than 2,600 rough sleepers have been helped off the streets since A Bed Every Night (ABEN) launched last year, with 950 since finding longer term accommodation.

Mr Burnham admitted his flagship policy was ‘not perfect’, and remains unsure if he will meet his pledge to eradicate rough sleeping by next year.

However the mayor remains ‘absolutely certain’ that the combined authority was going heading into winter better prepared than in recent years, but he still feels more should be done on a national level.

“We can’t control the number of people coming onto the streets, that’s down to government policy, all we can do is help as many people as we can,” he said.

“We can’t deal with the homelessness crisis on our own, we need more people to do what we’re doing.

“The parties need to wake up to the pressure the combined authority is under, it’s above and beyond what we should be dealing with.”

Rough sleeping remains an acute problem in Manchester, where numbers went up by a third last year – the highest outside of London.

While the combined authority found 85 people on the city’s streets in September, the figure is still the highest in the region – and nearly treble that of the 29 reported in Oldham.

Mr Burnham would be ‘disappointed’ if a higher figure was reported by the government in the New Year after ABEN increased its available beds to over 400.

The mayor believes the new count will be the test of his pledge to eradicate rough sleeping by 2020, which he has previously he will meet ‘in spirit’ instead of achieving outright.

And while he expects to be judged at the ballot box during the mayoral elections next May, Mr Burnham says he ‘couldn’t have done more’.

“I go out on early morning walkabouts to speak to rough sleepers every two months, and I’ve donated part of my salary,” said Mr Burnham.

“People need to hold me to account, and I won’t be hiding away, but if people could tell me what me or my team could have done more, I’d be happy to listen.”

And it is greater government support that Mr Burnham is seeking by writing to the leaders of the major parties ahead of the snap election on December 12.

The letter calls for the end of several national policies linked to causing homelessness, including:

The freeze on Local Housing Allowance – since 2016 more and more people have been unable to afford their rent, causing them to present as homeless to local authorities

No-fault evictions – landlords are currently allowed to evict tenants after eight weeks without a reason, which Mr Burnnam described as ‘one of the biggest causes of homelessness’ in Greater Manchester

“If we had government pulling in the same direction as us, I think we could solve the problem,” said Mr Burnham.

“When you’ve got people dying on our streets it needs to be a bigger issue in a general election campaign.”

The mayor accepted ‘fair’ criticism that the scheme was not working for everybody, particularly for some with complex mental health, drug and alcohol problems.

He suggested Housing First, the pilot project aimed at rehousing hundreds of homeless people in the region, as another potential avenue for those in need.

But with 40 people rehoused and a further 50 on the waiting list, Mr Burnham said demand would grow further.

“I never said ABEN was perfect, it’s the most accessible solution but it’s not for everybody,” he said.