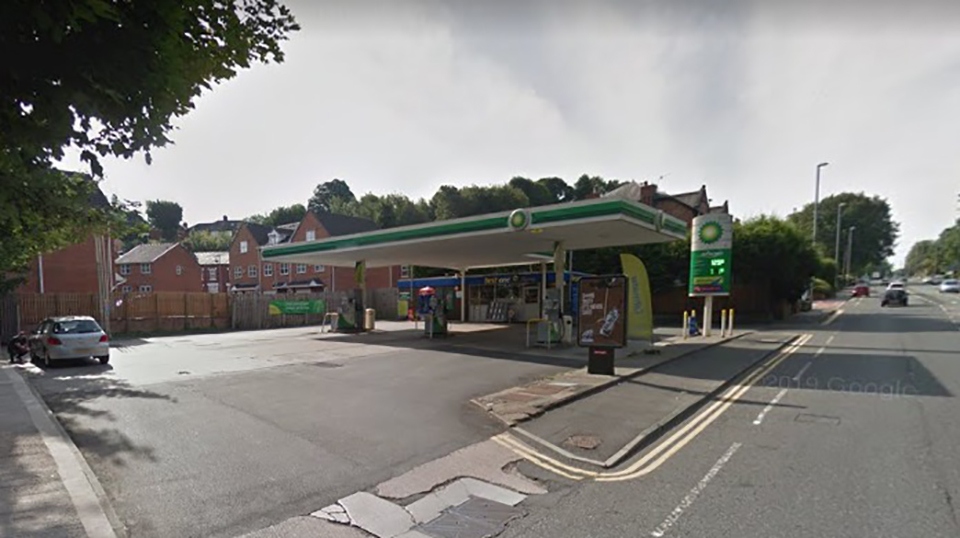 A petrol station locals claim is already plagued with late-night rows, abusive behaviour and vandalism has been given the green-light to sell alcohol round-the-clock.

Alkrington Service Station in Middleton has been granted a premises licence after Rochdale council chiefs accepted the move would not have a ‘negative impact’ on the immediate area.

They were satisfied measures to be adopted at the 24-hour BP garage, in Manchester New Road, would uphold the ‘licensing objectives’ – which include preventing public nuisance, crime and disorder.

The moves, agreed with the police, include the operation of a CCTV system, having two staff on duty between 11pm and 6am and a ‘Challenge 25’ policy.

But residents – who submitted a 20-strong petition – say their lives are already blighted by anti-social behaviour at the garage, and fear the problem will only be made worse if it begins selling booze.

But petrol station bosses say the residents’ issues relate to 24-hour trading and there was no reason to believe alcohol sales would have a negative impact.

Addressing a meeting of the council’s licensing sub-comittee, Marilyn Burnside, who lives next to the garage, told how litter and trespassers were making her life a misery.

He said: “It’s just not acceptable for a garage to open 24 hours to sell booze.

"It’s right next to it, I have got a big fence put up and big gates on the driveway to stop people going on.”

And Laura McGarry, of nearby Silk Mill Way, told of how she was often woken in the middle of the night by angry drunks and  the forecourt public address system.

The ‘final straw’ for Mrs McGarry – who has a 10-month old baby – came when yobs set off fire extinguishers and went on a vandalism-spree, damaging residents’ cars.

She said: “I was about to call the fire brigade because of all the smoke, I thought there was a fire on the forecourt.

“But then I saw youths in black who had taken the fire extinguisher, set them off and went down Silk Mill Way, turned them on a number of cars and kicked off a side mirror of one of the vehicles.”

She also told how her husband had been woken by a drunken man shouting ‘I want to go home’ and kicking the forecourt shop.

“These are the kind of incidents we are dealing with.

"Myself and my husband have been sleeping with earplugs in, but you can’t do that with a 10-month old.

"He cries during the night we have to get up with him.”

Ms McGarry admitted she was ‘kicking herself’ at not having lodged every previous disturbance with the police and the council – so they could not be taken into consideration.

She added: “With the alcohol licence being granted people are going to come out of pubs, clubs (thinking) ‘let’s continue the party, let’s go and get some beer’ and to be honest we can’t keep living the way we are living.”

Gill Sherratt, representing Petrogas  – which has run the site since last year- stressed the application had been drawn up in agreement with the police.

And she said residents were raising wider issues unconnected with the granting of a premises licence.

She said: “The representations are really venting about 24 hour business as a whole.

“The fact there’s general anti-social behaviour in your area should not prevent a good operator from coming in and selling alcohol, provided they can demonstrate they will uphold the licensing objectives at their premises.”

Ms Sherratt added that the public address system was used ‘for safety reasons’ and staffing was also in line with ‘usual’ industry practices.

“It will be open 24 hours anyway, just because it’s going to have the additional service of alcohol there’s no reason to suggest there will be any negative impact,” she said.

However, she did agree there would be litter patrols in order to keep the area tidy and said the the firm would be happy to talk to residents about any concerns.

Speaking after the meeting, Mrs McGarry said she was ‘massively frustrated and disappoined’ by the decision.

“I can’t see how granting a licence for alcohol isn’t going to worsen the situation,” she said.

She added that residents would now lodge a complaint over every disturbance and call the licence to a review if necessary.

The meeting of the licensing sub-committee was held at Rochdale council’s Number One Riverside offices on Thursday, December 5.