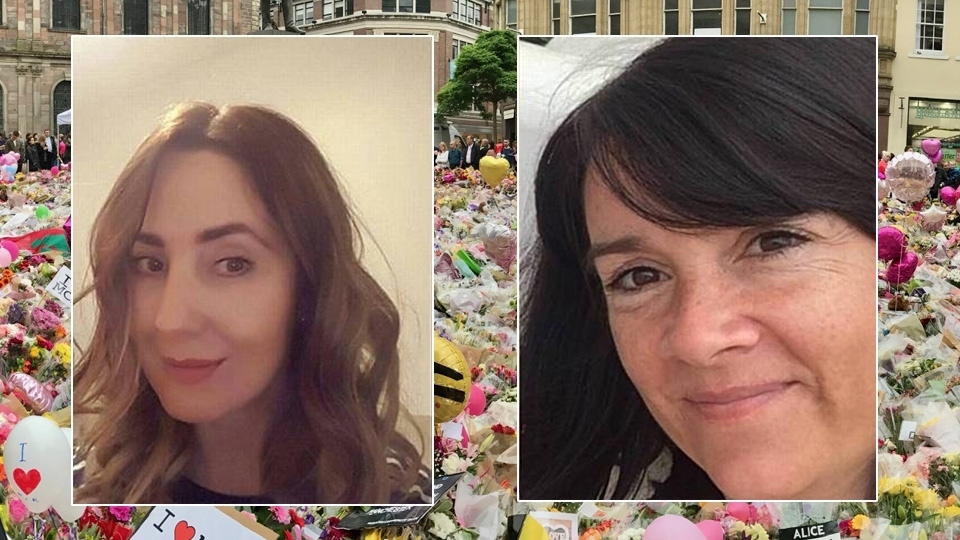 Lisa Lees (left) and Alison Howe were killed in the Manchester Arena attack in May, 2017

The heart-broken husband of Royton mum-of-two Lisa Lees, who lost her life in the Manchester Arena bombing, told the public inquiry into the atrocity in May, 2017, that she was a 'true angel'.

A qualified beauty therapist and tutor, Lisa set up an organisation to support children nearing the end of their lives.

She would give the children aromatherapy massages - and support their parents - and Lisa won a prestigious award for her work, the inquiry was told.

Her husband Anthony said: "The feedback Lisa got from the families was fantastic.

"Lisa got joy and satisfaction from this.

"Lisa was a true angel - caring and beautiful both inside and out."

Lisa's eldest daughter, Lauren, said her mother's memory would live on through her son, who was born after Lisa's death.

She named him Dylan Jack, and told the inquiry it was a name Lisa had wanted should she have had a boy.

Lisa, 43, was collecting her daughter from the Arena after the Ariana Grande concert at the time of the attack on May 22, 2017.

She was with her friend, Alison Howe, at the time.

Alison also lost her life that night, and they were two of 22 lives that were lost.

Commemorative hearings to pay tribute to all those killed have continued throughout this week.

Pen portraits from the families and friends of the deceased, and moving personal evidence about them, will be heard and shown to the inquiry.

Alison Howe's pen portrait is set to be heard on Wednesday (September 23).

Suicide bomber Salman Abedi detonated a rucksack bomb in the City Room area of the Arena after the concert.

Hashem Abedi, his brother, is currently serving a 55-year minimum sentence after being convicted over the atrocity.

The public inquiry - set to run until next spring - is examining all aspects of the bombing.