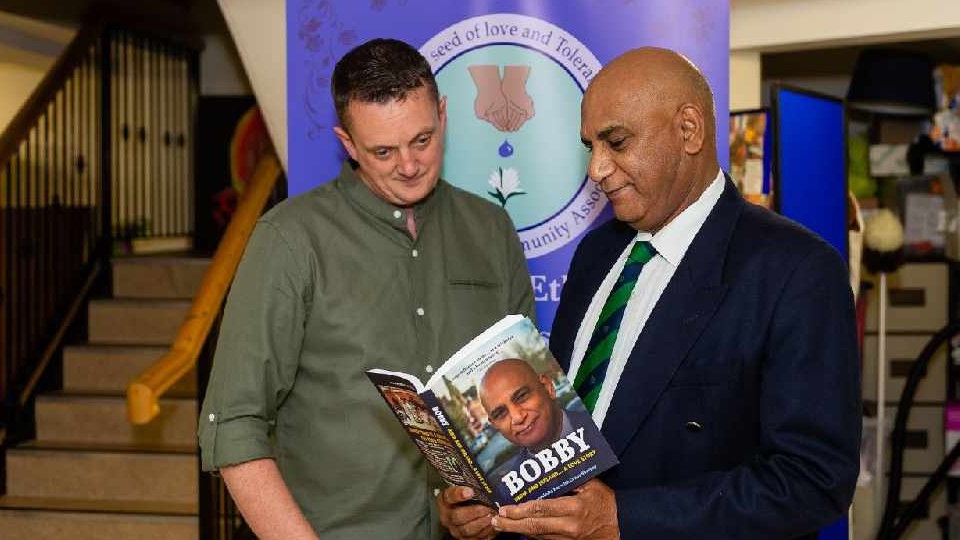 The fascinating life of Indian Test cricketer and former Uppermill player Bobby Rao is captured in a new book.

Before them all though were Jackie Bond, Clive Lloyd and Farokh Engineer, and it was these names that inspired a very young Bobby's dreams of playing in England.

That dream was fulfilled in 1978 when he was invited to play for Uppermill.

Welcomed with open arms by people like Robin Sykes, who was club president at the time, and chairman Harold Burns, Bobby spent two seasons with Uppermill and helped them clinch the Tanner Cup for the first time in over two decades.

Being in Uppermill also provided the man from Hyderabad with an opportunity to follow in the footsteps of his heroes.

“Uppermill was a hugely important time in my career and it brought me into contact with people I still regard as close friends to this day, people like Jim Bradbury, Kelly Rhodes and others,” said Bobby.

“Playing for Lancashire was literally a dream come true as when my best friend Suresh and I were in school it is all we talked about it.

"When I was asked to play for the seconds, it was one of the proudest moments of my life and to play with the likes of Abrahams, Allott, Fowler and Pilling, it was just incredible for me as a young man.”

Within months of striding out to play for Uppermill, Bobby was called up to play for the Indian national side.

During a short but eventful international career he played four matches with India and was never on the losing side at Test level.

Domestically the pinnacle of his achievements came in 1987 when he captained Hyderabad to victory in the Ranji Trophy, India's premier national cricket tournament.

It was a feat the state, despite its ferocious ability to turn out top level stars, had not managed in 50 years and which has eluded them since.

In the aftermath of the win Bobby set up St John's Coaching Academy, a school that has produced stars such as the great VVS Laxman and the current Indian women's captain, Mithali Raj.

For the past 30 years Bobby has called Ireland his home and there he has also helped develop the skills of many of the current international team, players like William Porterfield, Boyd Rankin, Niall O'Brien and Craig Young.

In 2011 and in recognition of his sporting and community work, Bobby Rao was awarded the MBE by Buckingham Palace, the only Indian Test cricketer ever to receive such an award.

But his time with Uppermill remains close to his heart and he says the lessons he learnt – both sporting and cultural – undoubtedly contributed to his overall success as a cricketer.

“If it hadn't been for people like Colin Dunkley taking me under his wing during my spell in England, I doubt very much if I would have achieved what I have," added Bobby.

"Uppermill was a wonderful time in my life and I've never forgotten the hospitality I was shown."

'India and Ireland... A Love Story' - published by Hero Books - is on sale on Amazon, Apple and all good online stores.